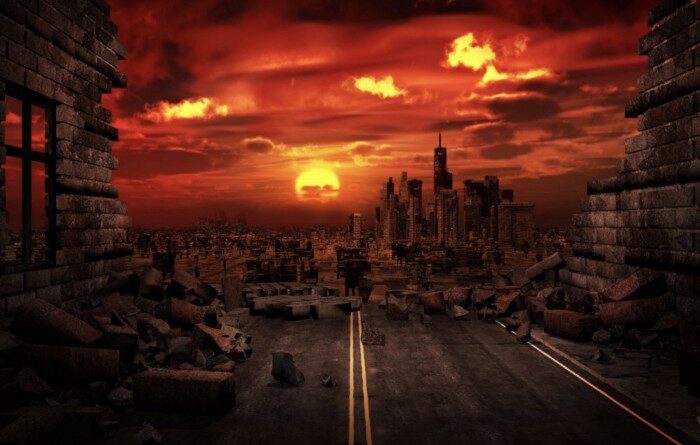 Behind the “Great Reset” that’s being sold to us, where the Biden stimulus and a series of technological advancements will supposedly revive the economy while bringing things “back to normal,” there are a series of realities which the partisans of the existing order can’t face. These realities come down to:

-The tendency of the rate of profit to fall. The assessment from Marx that the dynamics of labor relations under capitalism inevitably cause diminishing returns is being increasingly vindicated. As economist Michael Roberts observed several years ago: “between 1948 and 2015, the US rate of profit declined between 25–33% depending on whether you measure fixed assets in historic (HC) and current costs (CC). Between 1965 and 1982, the rate fell 21–36%; but from 1982 to 1997 it rose 10–30%; but since 1997 it is down 3% and 4–7% from 2006.” This week, after the upheavals of the last year, Roberts wrote that “the Fed reckons the US economy is going to drop back to the rate of growth experienced in the Long Depression since 2009…What this also implies is that contrary to the views of the Keynesians, the multiplier effect of the fiscal stimulus will soon dissipate and then the US economy will depend, not on consumers’ pent-up demand but on the willingness and ability of the capitalist sector to invest.” Therefore, the supposed economic gains that we’ll likely soon hear about are going to have basis not in a material improvement for people’s economic conditions, but in a perpetuation of the stock market’s ephemeral accounts of “growth.”

-The inevitability that capitalism will destroy the environment. Last year, it was revealed that the sixth great extinction event is happening at a faster rate than scientists had ever previously expected. It’s estimated that global agriculture will be pushed into total collapse in around half a century if the degradation of topsoil isn’t reversed. It’s also estimated that around a fifth of the earth’s land will be rendered uninhabitable due to climatic changes within the next fifty years. Even in the core of imperialism the United States, destabilized and outright uninhabitable zones are going to vastly expand in the next few decades due to this ecological breakdown. Environmental reporter Abrahm Lustgarten wrote last year that:

One in 12 Americans in the Southern half of the country will move toward California, the Mountain West or the Northwest over the next 45 years because of climate influences alone. Such a shift in population is likely to increase poverty and widen the gulf between the rich and the poor. It will accelerate rapid, perhaps chaotic, urbanization of cities ill-equipped for the burden, testing their capacity to provide basic services and amplifying existing inequities. It will eat away at prosperity, dealing repeated economic blows to coastal, rural and Southern regions, which could in turn push entire communities to the brink of collapse. This process has already begun in rural Louisiana and coastal Georgia, where low-income and Black and Indigenous communities face environmental change on top of poor health and extreme poverty. Mobility itself, global-migration experts point out, is often a reflection of relative wealth, and as some move, many others will be left behind. Those who stay risk becoming trapped as the land and the society around them ceases to offer any more support.

Such destabilizing events will shrink the availability of markets to produce profits, which brings me to the third factor:

-The fact that capitalism will break when its range of market access becomes small enough. The great Marxist scholar Michael Parenti has written that “A socialist Cuba or a socialist North Korea, as such, are not a threat to the survival of world capitalism. The danger is not socialism in any one country but a socialism that might spread to many countries. Multinational corporations, as their name implies, need the entire world, or a very large part of it, to exploit and to invest and expand in. There can be no such thing as ‘capitalism in one country.’ The domino theory—the view that if one country falls to the revolutionaries, others will follow in quick succession—may not work as automatically as its more fearful proponents claim, but there usually is a contagion, a power of example and inspiration, and sometimes even direct encouragement and assistance from one revolution to another.” As a consequence of their growing cold war economic isolation from Russia and China, the U.S. is experiencing an exacerbation of its economic anemia. What will happen when the climate crisis further diminishes the range of access to capital that the imperialists have? Or if a wave of socialist revolutions sweeps the globe and cuts off the imperialists from many of their neo-colonial profit sources?

Faced with these questions, the capitalist ruling class can only respond with attempts at preserving the system which ultimately drive it closer towards its demise. Neoliberalism was implemented as a way of keeping up profits amid the start of the last half-century’s capitalist economic contractions, and neoliberalism has greatly inflamed class conflict due to its massive driving down of global living standards; just a few months ago, the bourgeoisie lost control over Bolivia due to the strength that the country’s proletarian movement had gained, and Ecuador is now on the verge of having an IMF candidate elected. Other neo-colonies, like India and Haiti, are experiencing revolts that could lead to the empire losing control over them.

Neoliberalism is also exacerbating economic anemia, with tens of millions in the U.S. alone having permanently lost their jobs in this last year due to this system’s tendency to throw people out of participating in the economic sphere. This dynamic of artificially created scarcity is also furthering the crisis of overproduction, with less and less people having the means to buy products or pay rent. It’s no wonder why hundreds of thousands of capitalists in the U.S. have lost their statuses as millionaires in the last year; the growing scarcity of our neoliberal austerity paradigm has limited the extent to which the bourgeoisie can exploit the proletariat, because less and less people are having the opportunity to be proletarians in the first place. So capital keeps getting consolidated into the billionaire class, which has gained over $1.3 trillion in the last year through profiteering off of the pandemic.

What’s the logical conclusion of this self-perpetuating cycle where the system produces scarcity, then reacts to this scarcity by driving even more people into destitution? It’s a scenario where civilization, at least within the capitalist countries, implodes. Where basic social services cease to function, climate migrants flood the globe even from within the imperialist countries, and hundreds of millions are driven into extreme poverty. Already around 150 million children have become impoverished in this last year, and in 2019 it was estimated that the climate crisis will drive around 120 million into poverty by 2030 (a number that in light of the last year’s events seems like a huge underestimation).

The next few decades will entail the drastic expansion of zones like Libya, which has become a failed state in the last decade due to imperialist violence. As capitalism’s crises multiply, the imperialists will do to most of us what they’ve done to the Libyans: militarily intervene in our communities, loot the population and the land as much as possible, and carve up the destabilized territories we’ve lived on for the benefit of corporations and the war machine. Pentagon documents from recent years have admitted this reality, stating that a dystopian future where the army needs to invade urban areas even within the U.S. is “unavoidable” and “inescapable.”

The logical conclusion of this vast campaign of violence is a regime from a dystopian climate apocalypse novel like The Hunger Games, where the ruling class turns imperialism inwards after global capitalism’s collapse and brutally rules over an isolated core imperialist country. And this is certainly the direction that the imperial core’s politics are taking, with our ever deadlier police state, our all-encompassing digital government surveillance apparatus, our ever-increasing exploitation of the underclass, our growing network of migrant concentration camps, and our increasingly militarized and surveilled borders which serve to isolate us.

But remember that the regime from The Hunger Games can be considered the most inept dystopian government for a reason: its attempt at replicating the destroyed socioeconomic setup of global imperialism is utterly impractical, with such a system realistically not being able to sustain itself. When capitalism gets too small, its contradictions get too pronounced for the system to continue to function. At which point society can only go in the direction of socialism or barbarism.