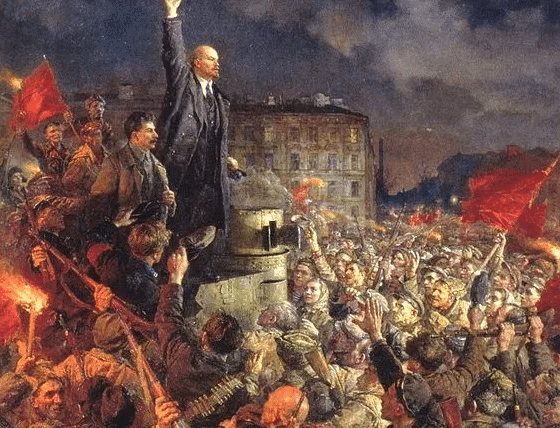 Why is Marxism-Leninism the greatest threat to U.S./NATO imperialism’s ideological domination over the masses? Because it provides a standard of comparison for our living standards. Because it gives us a sense of what our society would be like if we were to undergo a proletarian revolution and establish a workers’ democracy.

At least this is what it provides for those who aren’t blinded by the smokescreen of propaganda against existing socialist countries, both current and past. When someone has been led to believe that the DPRK is a “monarchy” which “starves its people,” that China is a “dictatorship” which is committing “genocide” against the Uyghurs, or that the USSR was a “Stalinist” tyranny which committed a genocide called the “Holodomor,” they’re inclined to view this model as nothing more than some kind of perversion of socialism. And as the writer Andre Vltchek concluded last year, this kind of nihilistic disdain for the most effective examples of socialism is exactly what the bourgeois propagandists want the people of the capitalist world to embrace:

Nihilism is deadly. It destroys enthusiasm, and it robs countries of confidence and courage. And that is precisely what the West is trying to achieve: to derail progressive socialist countries from marching forward and prevent nations oppressed by neo-colonialism from dreaming, hoping, resisting. The Western demagogues know: [a] China robbed of its essence — and the essence is ‘the Socialism with Chinese characteristics’ — is [a] China which cannot inspire, cannot offer alternatives to the world. The most effective way to smear China, to silence it, is precisely to convince the world that it is ‘capitalist.’

This last year has been an especially important time for the imperialist demagogues to put forth this “China is just another capitalist imperialist power” line. Amid COVID-19 and a global economic catastrophe, China has been practically the only country on earth to experience a rise in its living standards, with Communist Party officials having reported after investigations last November that the country now has zero absolute poverty. This has come at the same time that around 150 million children throughout the capitalist world have been driven into extreme poverty by the cruel machinations of neoliberal austerity, privatization, wage cuts, and enforced unemployment. The same success has applied to China’s pandemic reduction efforts, which have kept its COVID-19 deaths at just below 5,000 while the U.S. has so far had over half a million deaths from the virus.

The other Marxist-Leninist countries Cuba, Vietnam, Laos, and the DPRK have had similar success stories. Cuba’s pandemic response has been extremely effective compared to other countries in its region, which continue to descend deeper into neoliberal hell at the behest of the Biden administration. Vietnam’s steps to prepare for a pandemic beforehand have led to its own remarkable success at containing the virus. Both Laos and the DPRK have had no confirmed deaths from the virus, with the DPRK still maintaining that it’s had no confirmed cases.

But this can’t be the story that the inhabitants of the imperialist-controlled territories hear, because the nihilistic outlook of “Marxism-Leninism doesn’t present a good alternative to the system we live under” must be maintained. China’s COVID-19 measures must be demonized through concern-trolling headlines about how the country’s pandemic success story might have come at the cost of “human rights.” And the DPRK must be attacked with unsubstantiated suggestions that its government is covering up an outbreak, as demonstrated by this part from Wikipedia’s article “COVID-19 pandemic in North Korea”:

Although North Korean officials have continued to report that there are no confirmed cases, some foreign analysts believe that the virus had spread there by March 2020.[3][4] It was reported that about 180 soldiers had possibly died from COVID-19 symptoms in January and February 2020,[5] and that doctors had been told to not discuss COVID-19 so as not to damage the reputation and image of Kim Jong-un.

No evidence is required for the message that this article seeks to convey, only some vague insinuations designed to sow conspiratorial doubt. The two sources that the article points to to support its “some foreign analysts” statement consist of noticeably biased articles from Bloomberg and the South China Morning Post. The former cited a totally speculative claim from an academic that there are “probably” COVID-19 patients within the DPRK, while the latter cited a claim from the notoriously unreliable anti-DPRK propaganda outlet Daily NK. This latter shoddy source was where the article’s “they covered it up to protect Kim’s reputation” claim comes from.

RELATED CONTENT: The US Imperialists are Terrified of a Wave of Socialist Revolutions Sweeping Latin America

By seamlessly weaving this kind of disinformation into the default geopolitical sources that the empire’s inhabitants are exposed to, the imperialist propagandists perpetually steer those under their influence towards the nihilistic place Vltchek described. Under the belief system that the propagandists want everyone to have, the ways that Marxist-Leninist nations are materially improving their people’s lives don’t count as any kind of evidence for Marxism-Leninism’s desirability. Their victories over poverty, disease, and environmental destruction (as shown by the exceptional greenhouse gas reductions by China, the DPRK, and other workers states) are either nonexistent, or should be discounted due to supposedly irreconcilable contradictions within their systems.

This is how the anti-communist demagogues derail the political radicalization of the victims of capitalism who’ve become conscious of their own systemic exploitation, but who haven’t figured out how to not be swayed by the constant barrage of anti-communist lies. By perpetually reinforcing the idea—instilled into many people’s minds at a young age by George Orwell’s Animal Farm—that existing socialist governments represent a “Stalinist” perversion of socialism which tyrannizes the people while fraudulently claiming to be Marxist, these demagogues keep impressionable leftists in a perpetual haze of political nihilism. Nothing is good enough for them when it comes to existing socialism. There’s always some sin that existing socialist countries have engaged in, whether exaggerated or outright fabricated, that takes away their legitimacy as being socialist.

This dynamic was described by Michael Parenti in his essay Left anti-communism: The Unkindest Cut, wherein he addresses the American left’s obsessive anti-Sovietism:

Some leftists and others fall back on the old stereotype of power-hungry Reds who pursue power for power’s sake without regard for actual social goals. If true, one wonders why, in country after country, these Reds side with the poor and powerless often at great risk and sacrifice to themselves, rather than reaping the rewards that come with serving the well-placed. For decades, many left-leaning writers and speakers in the United States have felt obliged to establish their credibility by indulging in anticommunist and anti-Soviet genuflection, seemingly unable to give a talk or write an article or book review on whatever political subject without injecting some anti-Red sideswipe. The intent was, and still is, to distance themselves from the Marxist-Leninist Left.

What’s the consequence of this purist rejection of existing socialism? It’s a limited understanding of revolutionary theory, because figures like Lenin, Stalin, Mao, and the current leaders of socialist countries have all provided Marxists with crucial information about how to build a revolutionary project. Consider Xi Jinping’s assessment of what happened when the Soviet Union’s leadership decided to reject the theory put forth by Stalin and Lenin:

Why did the Soviet Union disintegrate? Why did the Communist Party of the Soviet Union fall to pieces? An important reason is that in the ideological domain, competition is fierce! To completely repudiate the historical experience of the Soviet Union, to repudiate the history of the CPSU, to repudiate Lenin, to repudiate Stalin was to wreck chaos in Soviet ideology and engage in historical nihilism. It caused Party organizations at all levels to have barely any function whatsoever. It robbed the Party of its leadership of the military. In the end the CPSU — as great a Party as it was — scattered like a flock of frightened beasts! The Soviet Union — as great a country as it was — shattered into a dozen pieces. This is a lesson from the past!

There’s that key word again: nihilism. And there’s another instance of anti-communist propaganda producing this kind of nihilism; the revisionist wing within the Soviet leadership justified their disregard for the theory of past leaders by falsely claiming that Stalin had committed a myriad of atrocities, and that he therefore lacked credibility as a socialist.

Once you learn to see through these kinds of false claims, you can overcome the nihilism which the system seeks to ingrain within you. You can see that the cold war Washington is fighting right now isn’t an inter-imperialist war, but a conflict over the fate of socialism and the direction of the global class struggle. You can be free from any ideological pressures to give credence to the lies that the imperialists spin about the countries which disobey the empire, whether or not these countries are socialist. You can become what the masters of capital and war fear the most: someone who utilizes dialectical materialism, the practice of studying the class conflict from an objective lens.