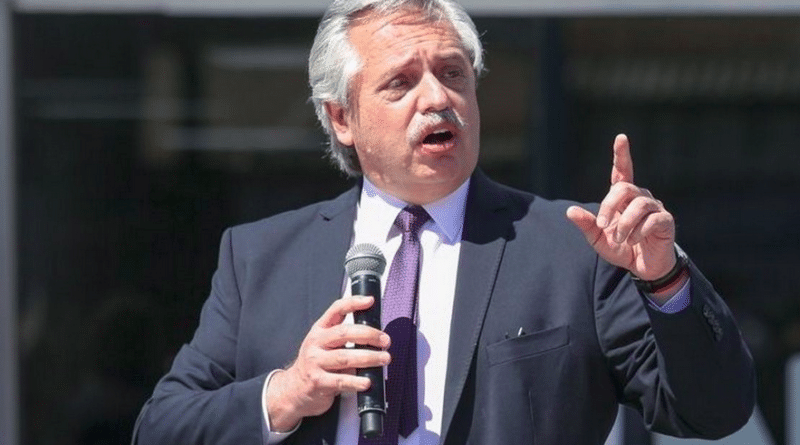 After one year of “progressive” government in Argentina, the country formally withdraws from the Lima Group. In a statement from the Foreign Ministry, the country leaves the anti-Venezuelan club with the questionable argument that the actions to isolate the Bolivarian authorities “have led to nothing.”

On the other hand, the diplomatic text that seems to be the result of an ambiguous government that grudgingly reconciles its contradictions, resolves that the participation of the Venezuelan opposition as a member of the cartel has led to the adoption of positions that Buenos Aires “has not been able to nor can accompany.”

With the exit of Argentina, the Lima Group loses its second member in the last year, after Bolivia, more consistently and faster, left as soon as Luis Arce was sworn in.

In an important act of protest, Argentina's center-left gov't has withdrawn from the Lima Group, a coup-mongering org founded by right-wing US-backed Latin American regimes and Canada's imperialist gov't in order to orchestrate regime change in Venezuelahttps://t.co/2YTVz0oBA4

The contradictions of Argentina

The Fernández administration, in order to be a government that raises the self-determination of the peoples, suggests solutions that look more like a heinous meddling in Venezuelan affairs.

The statement from the South American country, in which it formally withdraws from the Lima Group, suggests that the best way to help Venezuela would be to help an inclusive dialogue. Yet, then they undo their “good intentions” by asking that this rapprochement between Venezuelan factors lead “to achieve elections accepted by the majority with international control.”

As if up to now Venezuelan elections were presumably illegitimate, Argentina vows that the Venezuelan government should “create the conditions” for the opposition as a whole to participate.

Although the government of Alberto Fernández, with respect to Venezuela, has changed the frontal hostility from the times of Macri, their positions have placed Buenos Aires as an actor that moves with contradictory steps to please at the same time an internal coalition in which there are factors that recognize Guaidó as the alleged Venezuelan president.

Before this episode of withdrawing from the Lima Group, which seems like the triumph of a supposedly “progressive” wing, Argentina previously voted on a report on the situation of human rights in Venezuela that deliberately omitted the impact of the so-called “sanctions.”

This position cost the Fernández government a loss of reputation among sectors that support it internally. This revealed to Venezuela that Argentina moves in diplomacy with some shackles and certain political calculations.