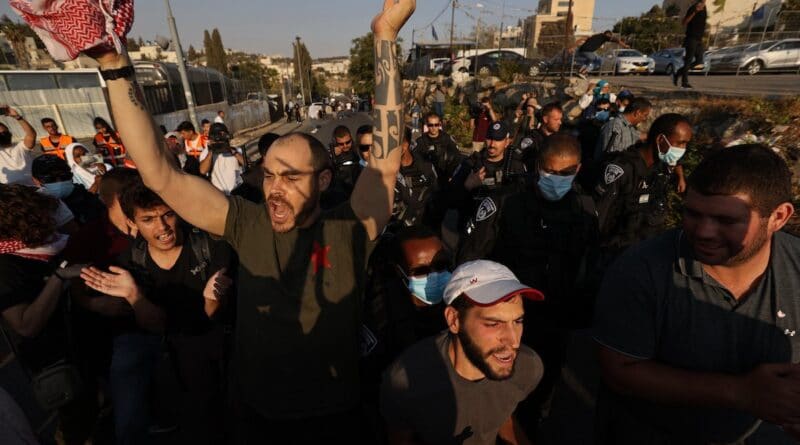 In a solidarity message to the residents of Sheikh Jarrah, the Palestinian resistance factions in Gaza announced on Sunday, August 1, that they would not give up their resistance against Israeli aggression.

Palestinian resistance groups in Gaza hailed the Palestinian people in Jerusalem, mainly in Sheikh Jarrah, as well as all Palestinians in the occupied West Bank.

RELATED CONTENT: Interview with the Popular Front for the Liberation of Palestine (PFLP)

The Palestinian groups called for “triggering the spark of resistance against the Israeli occupation and its settlers across the occupied West Bank and Jerusalem.”

“Betting on regional or international governments to regain our rights and lands is like chasing a mirage,” added the message.

Pointing to Palestinians who feel that the US is helping support Palestinian rights, the Palestinian factions emphasized, “The US has been the main supporter of the Israeli occupation.”

Meanwhile, the Palestinian Islamic Resistance Movement Hamas declared in a separate statement: “Israeli Aggression on the Palestinians in Sheikh Jarrah and the people who stand in solidarity with them is playing with fire that could trigger a confrontation at any time.”

Hamas spokesperson in Jerusalem, Mohammad Hamada, reiterated in the statement that the Palestinian resistance “is ready to defend Jerusalem and its residents, and will not surrender to the Israeli extortion or bear more Israeli violations.”

The statements came one day after Israeli aggression on Sheikh Jarrah, its people and activists standing in solidarity.

On Monday, August 2, residents of Sheikh Jarrah received the Israeli Supreme Court’s decision on their forcible removal from their homes to make way for illegal settlers. In a ruling that de facto legalized the Israeli settlements, the Court offered Palestinian residents of the East Jerusalem neighborhood “protected residence” status, stating that if they pay rent to the settler organization which claims the land, their properties will not be demolished. The families rejected the offer. In response, the Supreme Court issued a temporary injunction, provisionally stopping their eviction and asking the settler organization to respond by August 8. Although the families facing eviction have appealed against the “protected status” ruling, no hearing has been scheduled in this regard.

It must be noted that Israeli settlements in Palestinian lands are illegal under international law.