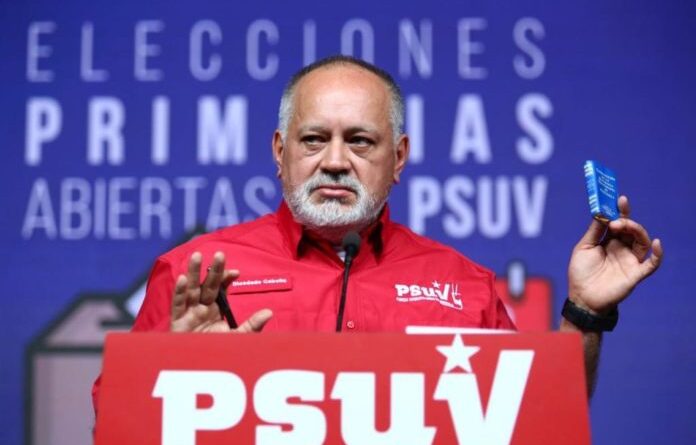 Diosdado Cabello, deputy of the National Assembly and first vice president of the United Socialist Party of Venezuela (PSUV), stated that a dialogue is a form of battle for truth, and ratified the goodwill with which the government of President Nicolás Maduro has maintained an open proposal to hold a dialogue with the opposition sectors in Venezuela. Cabello also spoke about the impact of the election cycle until now.

However, Cabello insisted on the legitimacy of the conditions that President Maduro wants fulfilled in order for the dialogue with the spokespersons of the oppositions to advance. These basic conditions are the return of the stolen Venezuelan resources to the people of Venezuela, as those resources belong to the people, and the revocation of the unilateral coercive measures imposed by the United States administration and its allies.

“We are not going to capitulate today, tomorrow, or ever,” Cabello stated bluntly. “There will be no capitulation in any negotiation.”

Cabello also highlighted that the November 21 elections cycle has evidenced the political intentions of the different opposition groups in the country. According to him, “these elections have been a motivating factor for some sectors of the opposition, a democratic sector that has decided to break the umbilical cord they had with the coup-mongers.”

Cabello also expressed that he would like many countries to participate in the dialogue process, so that various governments and peoples of the world can once again observe how subordinated the Venezuelan opposition is to US imperialism.

The plan of the opposition
Cabello also referred to the fact that certain sectors of the Venezuelan right wing took the first step towards democratic participation in the December 2020 parliamentary elections, when, although they their ranks were divided, they were able to achieve some level of representation in the National Assembly.

Cabello distinguished these groups from those that represent the leadership which “receives income from the empire and has their approval, but which, in regard to actual numbers, has no voters.” This radical sector of the right-wing, according to Cabello, is the one that has maintained agreements with the White House to turn Venezuela into a US protectorate, in order to hand over all of the nation’s natural resources.

RELATED CONTENT: Venezuelan Right-Wing Analyst: What is the Real Challenge for the Opposition Today?

“The opposition is talking about an electoral route,” continued Cabello. “The electoral route is right here, in this Constitution, and the presidential election is scheduled for the year 2024. Whoever wants to participate should participate in 2024. There is no other date.”

Cabello also ratified that the primaries and the regional elections will be open, free, transparent and credible, something that the United States cannot say about its own electoral system. “We [in Venezuela] do have faith in our electoral system,” concluded Cabello.