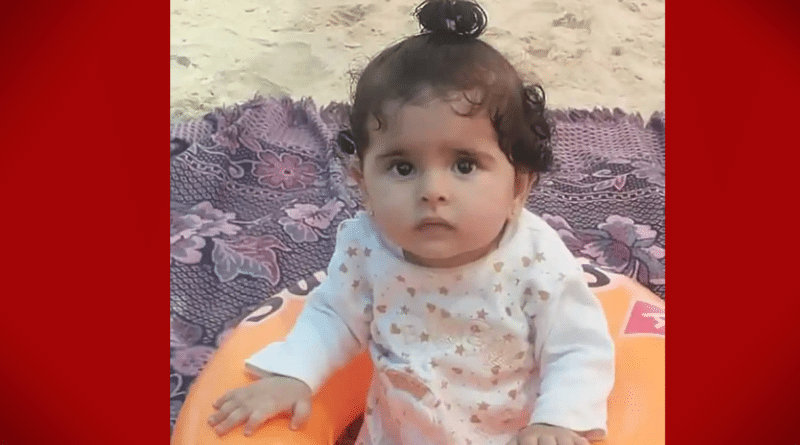 Human rights groups have slammed the preventable death of the child, blaming it on the delays of Israeli authorities to issue medical permits.

A Palestinian baby from Gaza died of complications during a five month wait for a special permit from Israeli authorities to leave the besieged strip for medical treatment.

The 19-month-old Fatima al-Masri, born with a hole in her heart, was unable to attend various appointments for treatment at Al-Makassed Hospital in Jerusalem in late 2021 and early 2022, because the appeals for her permission to leave Gaza were still “under review” by the Coordination and Liaison Administration.

Permission for leaving the Gaza Strip and seeking medical treatment in the occupied territories or abroad falls in the hands of Israeli authorities, who routinely deny such permits or subject applicants to long delays.

“I loved her from deep inside my heart. I wish I had died as well as her,” said Jalal al-Masri, Fatima’s father.

“We are under a blockade,” Al-Masri said. “I don’t understand how Israel can send me this message about her case being under review. If Israel wanted to send her by herself for treatment, then send her.”

Several human rights groups have condemned what this preventable death and the general policy of denying or delaying the issuance of medical permits.

“Al-Mezan deeply regrets Fatima’s death and strongly condemns Israel’s ongoing closure on the Gaza Strip and its associated restrictions on the movement of Palestinians, that includes denying patients access to hospitals in the West Bank, East Jerusalem, Israel and abroad,” the Al-Mezan Centre for Human Rights said in a statement.

Last week, UN Special Rapporteur for Palestine Michael Lynk issued a report which shed light on the dismal situation of the health sector in the West Bank and Gaza.

Speaking specifically on the situation in Gaza, Lynk stated the health system of Gaza is “flat on its back, with serious shortages of healthcare professionals, inadequate treatment equipment and low supplies of drugs and medicines.”

A string of attacks against Israeli settlers have occurred over the past week in what is considered to be a new Palestinian uprising against the Israeli occupation and its policies towards Palestinians.