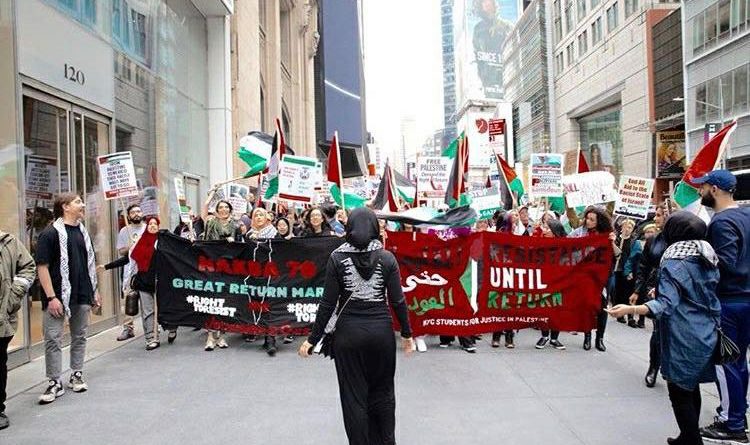 Chicago, IL –  Israel already controls the entirety of Palestinian life in the occupied territories, even in the areas that are supposedly run by the Palestinian Authority, but this annexation plan codifies the expropriation of Palestinian land and may secure Israeli sovereignty over 30% of the West Bank, including the border with Jordan called the Jordan Valley.

Annexation is illegal under international law, but that has never stopped Israel before. The occupation of the West Bank and annexation of Jerusalem and the Syrian Golan Heights is illegal as well, and Israel has also violated the majority of so-called peace agreements with the Palestinians since the 1993 Oslo Accords because Israel does not want peace.

It wants to continue its racist, white settler-colonialist project in Palestine, ethnically cleansing the indigenous population and replacing them with European and U.S. Jews. Over 500,000 of these illegal settlers already live in the West Bank and Jerusalem, and annexation is the Zionist’s way of saying that the land stolen from Palestinians to build settlements and house colonizers now officially belongs to Israel.

Again, this plan and move by Israel would not be possible without the U.S. Both the Democrats and Republicans have allowed Israel to commit crimes against the Palestinians with impunity, but Trump’s administration has definitely been the worst in history.

He and his son-in-law Jared Kushner clearly see the Palestinians as a non-entity, working only with their fellow racist, Israeli Prime Minister Benjamin Netanyahu, on the Deal of the Century, their ridiculous ‘peace proposal’ for the region.

This ‘Sham’ of the Century has already been rejected by Palestinians, Arabs, and all people of conscience. Nobody even discusses it anymore.

RELATED CONTENT Reparations and the Palestinian Right of Return

And this annexation plan is also rejected by the Palestinian masses and their supporters. People in Palestine and across the world are calling for Days of Rage on or around July 1, and protests are scheduled on every continent, including a number in U.S. cities like Chicago, New York, San Francisco, Salt Lake City, Santa Ana, Los Angeles, San Diego and Miami.

Palestinians have been resisting Zionist Israel, Arab reactionary regimes, and U.S. imperialism, for over seven decades, and will continue their struggle against racism, annexation, occupation and colonization – never surrendering until they win their Right of Return and national liberation.