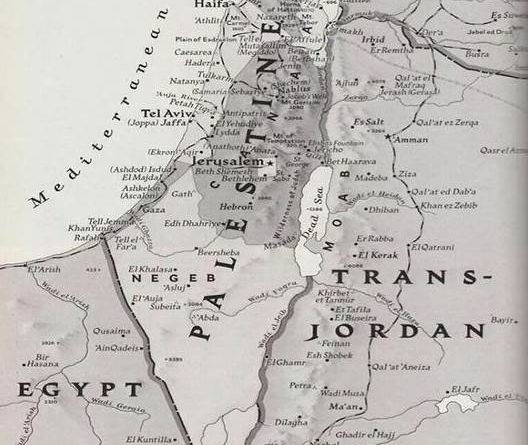 I come from the womb of a Palestinian peasant survivor of Al Nakba (1948) when a colonial regime in Palestine, called Israel, was imposed from Europe. A regime that is established on the bases of ethnic cleansing against the native population, Arab-Semitic Palestine and on the falsification of history. A classic colonialism that not only usurps and seizes the native land, but also usurps, steals the ancient and contemporary history of the native people.

72 years after Al Nakba, Zionism not only keps its colonial and fascist essence intact, but has also strengthened it. It seized part of Palestine (1948) and then the rest of Historical Palestine (1967). But it is not only the colonization of Palestine but colonizing other Arab-Semitic peoples, creating Greater Israel. The flag of said colonialism carries two stripes representing its borders that are from the Nile River to the Euphrates River. In fact, the so-called State of Israel to this day does not have a National Constitution, precisely so as not to define its border lines and continue its colonial expansionism.

Israel’s colonial regime is the continuation of European colonial anachronism, Zionism is a sentiment of epic glory, religious epic, and Eurocentric charm of monumental ignorance. Zionism is the intelligence of stunted imperial inhumanity.

At this point in history it is probable that the Palestinian people will disappear and it is probable that the Arab culture and demonym also. After World War II the peoples most bombarded by the West are the Arab peoples, there is a culturicide, historicidium, epistemicide, memoricide and genocide against the Arab-Persian world, the latter is the one that resists the most.

RELATED CONTENT: For a Lebanon Without the Retrograde Virus of Sectarianism

I belong to the Palestinian Diaspora, to that wandering Palestine … the fact of being the daughter of survivors of Al Nakba, that traced my personality and I have agreed with my conscience and with the life itself that in my dedication for the liberation of my Palestinian people, who is intrinsically my encounter with humanity, that is, with the just, the clean, the healthy, the noble and the generous. I want to suffer in peace, without prostituting myself in hate, but insatiably firm and honest.

Palestinians must return to the roots of our cause: The fight for the liberation of Historical Palestine against the Israeli Zionist colonial yoke. Liberate all Palestine and create One State in which we live together and in full equality of rights, both Israelis and Palestinians. Undertake the Right of Return for Palestinian Refugees.

The two-state proposal is a colonial atrophy, and Israeli colonialism has shown that it wants neither two states nor one state, it wants the end of the native Palestinian people. A native people must not renounce one iota of their national territory. Why tear apart, dismember a territory and hand it over to a colonial project, and that has not shown any guarantee of peace.

It is unfortunate to hear Palestinian celebrities and the Palestinian Authority say, “I want Peace with Israel.” Saying this is typical of a colonized mind, this is submitting, crawling, as if apologizing to its colonial genocide. The Jews never said, we want Peace with the Nazi. I, a Palestinian native, want justice, I want the liberation of my people against the Israeli colonial yoke.

We must rescue our own lexicon and position it, based on the root and chronicle of the Palestinian Cause. Let us not allow ourselves to be colonized by the message of Western aesthetics, this is alienating and obscene in the face of such a clean cause for humanity.

Let’s rescue the armed struggle, it is a worthy, fair, legal and legitimate alternative against colonialism. It is stipulated in International Law, UN Resolution 3070. Let’s look at the exemplary test of Hezbollah in Lebanon, the struggle of the Yemeni people.

We are in the worst of times but the worst times are the best to make the revolution.

It is good that President Trump declares the annexation of the Occupied Territories, that he declares Jerusalem as the capital of that colonialism, that the Saudi tyranny and other Gulf tyrannies make public their support for Israeli colonialism. Let the masks fall so that we do not continue in a mediocrity, emptiness, classism, opportunism, tormentingly disappointing cowardice.

Featured image: Historical Palestine from before 1948