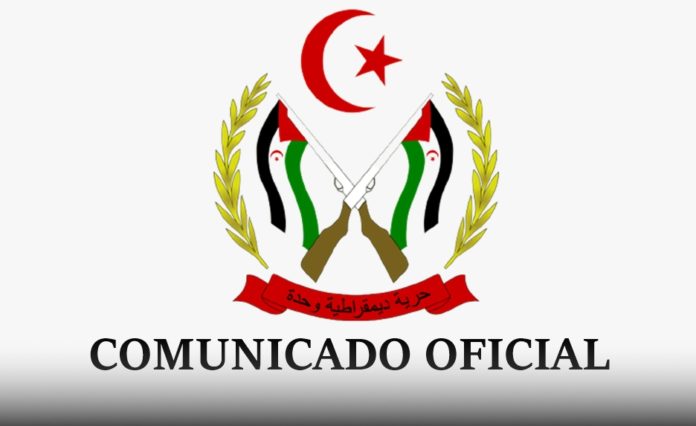 The General Secretariat of the Polisario Front announced in a statement that it is suspending all its contacts. The secretariat released the following statement with the decision:

1- After the announcement of the support of the Sánchez government for the plan of the Moroccan occupier aimed at legislating the annexation of the territories of Western Sahara by force and the suppression of the inalienable rights of the Saharawi people to self-determination and independence.

2- In view of the clear steps that the government of Pedro Sánchez has taken in this regard.

3- And starting from the fact that the Spanish state has responsibilities towards the Sahrawi people and before the United Nations at the same time that it is the administrative power of the region, and that its responsibilities do not prescribe.

4- The Polisario Front decides to suspend its contacts with the current Spanish government to distance itself from the use of the Sahrawi question in the framework of its miserable dealings with the occupying force, until it adheres to the resolutions of international legitimacy that recognize the right of self-determination of the Sahrawi people, and respects the borders of their country as they are internationally recognized.

The Spanish government recently announced that it recognized Morocco’s plan to integrate Western Sahara as an autonomous territory within Morocco, reneging on Spain’s longstanding commitment to encourage a referendum on self-determination for the disputed territory.

Last March, the Polisario Front accused Spain of “succumbing to blackmail and the policy of fear used by Morocco” in the first reaction by the Sahrawi independence fighters after the letter sent by Spain’s Prime Minister Pedro Sánchez to the King of Morocco, Mohamed VI. The March 14 letter to King Mohamed VI states that Spain “considers the Moroccan proposal for autonomy presented in 2007 as the most serious, credible, and realistic base for the resolution” of the question of Western Sahara.

The Polisario Front is the national liberation movement of Western Sahara, which works to end the occupation of Morocco and achieve self-determination for the Sahrawi people.