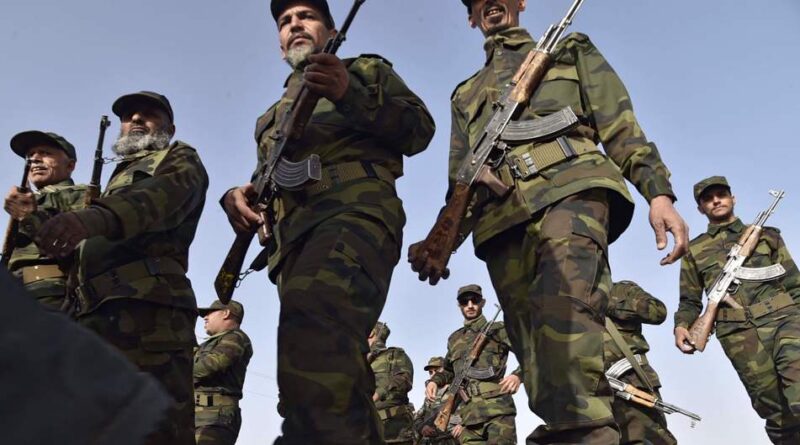 The pro-independence Polisario Front fighting Morocco for control over Western Sahara has blamed the United Nations for a “political deadlock” in the decades-long conflict.

February 28, 2021.-  The organization, which represents the indigenous Sahrawi people fighting for the independence of the resource-rich Western Sahara region, urged the UN on Saturday to help end the conflict in the former Spanish colony.

“We ask the United Nations to urgently fulfill its promises: that of ridding Western Sahara of colonization, in accordance with its Charter and its resolutions,” Polisario Front leader Brahim Ghali said in a speech at a refugee camp in Western Sahara.

“The Sahrawi people will keep up their struggle for justice and to liberate Sahrawi territory from the Moroccan presence,” Ghali said as Polisario armed forces marched in a military parade to mark the 45th anniversary of their unilateral declaration of independence.

The United Nations brokered a truce between the warring sides in 1991 and promised that a referendum would be held on independence, which has yet to take place.

“The Polisario Front tried for 29 years to avoid war by making concessions, but it has faced a total absence of cooperation both from the Moroccan side and the UN,” senior Polisario official Khatri Addouh was quoted as saying by official Sahrawi news agency SPS.

RELATED CONTENT: African Solidarity Conference Calls on UN and AU to Speed Up the Total Liberation of Western Sahara

The UN is responsible for the “political deadlock” on the Sahrawi question due to its “laxity” in the face of Morocco, Addouh added.

UN-led negotiations involving Morocco and the Polisario, with Algeria and Mauritania as observers, have been suspended since March 2019.

The Western Sahara’s push for independence against Spanish colonial rule was led by the Polisario Front in 1973.

After the colonial forces left in 1975, the Polisario Front backed by Libya and Algeria went to war against Morocco and Mauritania, which later pulled its forces out of the region.

Since the ceasefire agreement in 1991, most of the disputed Western Sahara territory has remained under Moroccan control.

The pro-independence forces now control one-fifth of Western Sahara with additional pockets of control in the Sahrawi refugee camps that have been set up along the Algerian border.

Despite the ceasefire, the two sides regularly exchange fire along the demarcation line.

The situation has become more complicated since the administration of former US president Donald Trump brokered a normalization deal between Morocco and the Israeli regime late last year.

As part of the deal, the US agreed to recognize Morocco’s claim over “the entire Western Sahara territory,” disregarding the fact that the region is an internationally recognized disputed area.

In recent years, Morocco has been able to win the recognition of its claim to sovereignty over the disputed territory from numerous countries, which have opened consulates in Western Sahara.

The Polisario considers the opening of the missions a “violation of international law and an attack on the legal status of Western Sahara as a non-autonomous territory.”

Next week, the European Court of Justice will discuss EU-Morocco accords allowing Rabat to export goods from Western Sahara that are contested by the pro-independence forces.

It is to hold two sessions on Tuesday and Wednesday but a ruling will take “several months,” a spokesman for the Luxembourg-based court told AFP.

For the Polisario, Moroccan exports from the disputed territory amount to “looting of its natural resources,” notably agricultural goods, phosphates and fish, according to the movement’s French lawyer Gilles Devers.

Featured image: Sahrawi soldiers parade during the celebrations marking the 45th anniversary of the declaration of the Sahrawi Arab Democratic Republic (SDAR), at a refugee camp on the outskirts of the southwestern Algerian city of Tindouf, on February 27, 2021. (Photo by AFP)