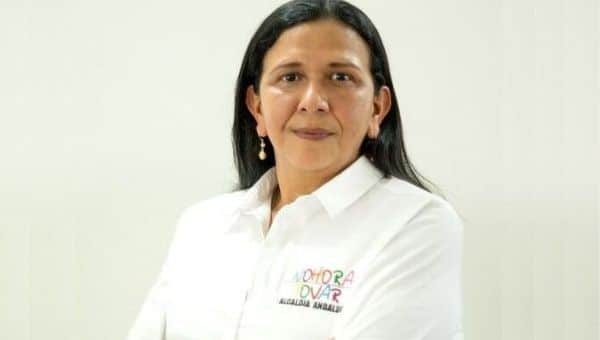 Seven candidates have been murdered in Colombia, and 53 others have been threatened or kidnapped prior to the Oct. 27 elections.

Colombian mayoral candidate for the western municipality of Andalucia and leader of the Confederation of Workers of Colombia, Nohora Stella Tovar, received a death threat Friday, according to the Colombia Humana- Union Patriotica coalition who filed the accusation.

According to the coalition from the department of the Valley of Cauca, to which Tovar belongs, on Sept. 20 a bouquet of white roses and death note was found at the doorstep of the candidate and social leader’s home.

This incident adds to series of several violent events, prior to the Oct. 27 elections, that have occurred against some of the candidates in the South American nation, which has one of the highest rates of violence and political persecution in the continent.

In the upcoming electoral process, governors will be elected for the 32 Colombian departments, deputies of the Departmental Assemblies, mayors of over a thousand municipalities, and municipal and local administrative board council-members.

Yet since the beginning of the electoral campaign on July 27 up until Sep. 16, political violence in Colombia have left 40 candidates threatened with death, two kidnapped candidates, five victims of attacks and seven candidates killed, according to the Mission of Electoral Observation (MOE), an independent platform of social organizations which promotes the exercise of civil and political rights.

The Ombudsman’s Office warned that 36 percent of Colombian municipalities are at electoral risk because of the presence of illegal armed groups, which is why the country has decreed an early warning of ‘Electoral Risk’.

Featured image: Mayoral candidate for the municipality of Andalucia and leader of the Confederation of Workers of Colombia, Nohora Stella Tovar, is the most recent victim of political violence in Colombia. | Photo: Nohora Stella Tovar Facebook