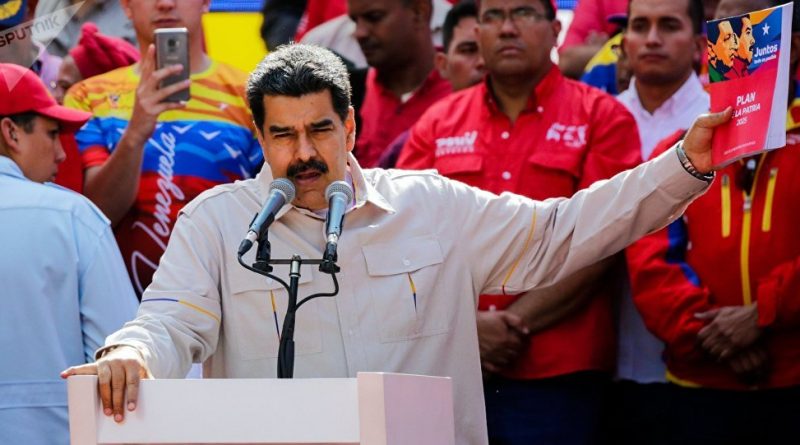 Venezuela is set to hold a National Assembly vote in December 2020. The parliament was initially slated to work until August 2019, but it extended its term this May.

The United States is devising ways to undermine the 2020 parliamentary elections in Venezuela, the country’s President Nicolas Maduro said in a Monday interview to Rossiya 24 broadcaster.

“I can personally warn the international public that the current government of the United States with its extremist policies and the unconventional war it’s waging against Venezuela is already weighing options to cripple the parliamentary vote. And you know why? Because they know they cannot win them. Just as they could not win the presidential vote on 20 May 2018. So I could assure you that now, in September, we have already obtained data that the extremist Trump government with its unconventional ways of war against Venezuela intends to act against the next year’s election in order to sabotage it,” Maduro said.

A parliamentary vote in Venezuela to elect the 167 deputies of the National Assembly is scheduled to take place by the end of 2020 after the parliament extended its term this May. The parliament was initially supposed to work until August 2019.

The country has also an opposition parliament headed by self-styled interim president of Venezuela Juan Guaido.

Guaido was backed as Venezuela’s leader by the US and its allies, but he is not recognised as the country’s president by many states, including Russia, China, Cuba, Bolivia and Turkey, among others.

President Maduro has repeatedly stressed that Guaido was a puppet installed to depose the legitimately-elected president and take over Venezuela’s natural resources.