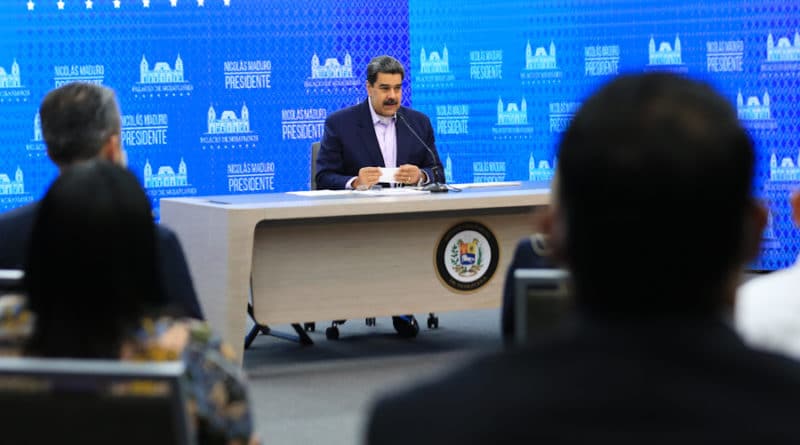 The Venezuelan President, Nicolás Maduro, announced this Saturday that, starting on Monday, June 1, fuel in Venezuela will begin to be sold at 1,500 gas stations throughout the country. There will be a subsidized price of Bs. 5,000 per liter, but with a limit of up to 120 liters per vehicle per month. On motorcycles the limit will be 60 liters per month per vehicle. Those needing to buy aditional gas will have to pay it at international prices ($ 0.5 per liter).

He stressed that, during the first 90 days, public passenger transport and cargo transport will have a 100 percent subsidy (they will not be charged for fuel), while dialogue and negotiation tables are established. In this way, the price of fuel should not affect the prices of commuting services or food.

RELATED CONTENT: US Official Confessed to WSJ how They Work to Promote Death and Distress Over Millions in Iran and Venezuela Through Illegal Sanctions

He also pointed out that it is expected that, in 90 days, a system of direct subsidies through the Carnet de la Patria will be put into operation, for the consumer and the user. However, he said, the dispensing of fuel could not wait 90 days, so it was decided to start from this Monday.

During the first 30 days, the fuel will be sold to private vehicles according to the license plate numbers of the vehicles.

RELATED CONTENT: Fourth Iranian Tanker “Faxón” Docked at Guaraguao Refinery (Anzoategui State)
If the plate ends in letters, the first number from right to left will be taken into account.

President Maduro reported that there will be 200 gasoline stations throughout the country, managed by private entrepreneurs, who will exclusively sell premium gasoline at international prices. He noted that these entrepreneurs will import the fuel on their own.

The President explained that there were many recommendations on the price of gasoline and that the goal is to set a sustainable price, but that the price of Bs. 5 thousand was chosen thinking of the people who live on their wages and bonuses (a tank of 40 liters will cost Bs. 200 thousand, approximately equivalent to one US dollar). At that price, the subsidy is 99.5 percent of the international price of gasoline. “Let’s go little by little, step by step. The day will come when we can balance and put a sustainable price on gasoline. It is an objective that we are going to achieve gradually,” he added.