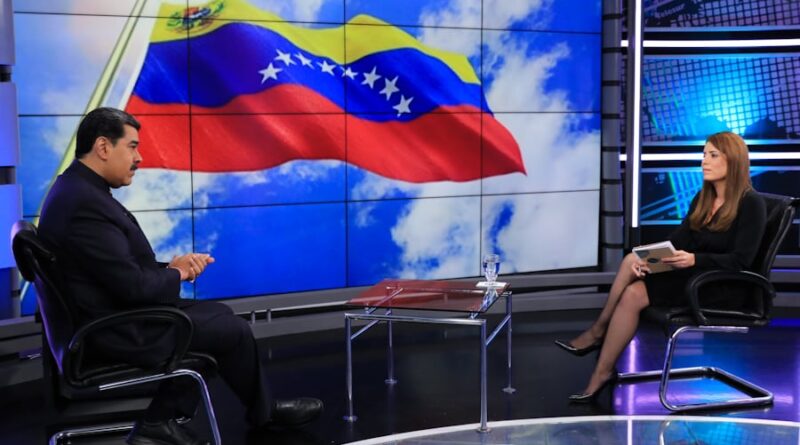 Venezuelan President Nicolás Maduro disclosed some of the advances that have been achieved regarding the dialogue that the Venezuelan government will carry out with various sectors of the opposition, with the support of Norway and Mexico. During an interview on Telesur this Saturday, July 24, the president indicated that this negotiation mechanism to be held in Mexico is planned for the month of August. The government of Norway will participate in the dialogue. He did not rule out the participation of other countries, including the United States.

“I hope that in the month of August, with the support of the government of Norway, and it could be with the support of governments of the world, including the United States, we would be able to install in Mexico a large table for dialogue and negotiation with all the oppositions,” President Maduro told journalist Patricia Villegas, president of Telesur, who interviewed him. ”We are almost ready, I could say that on a scale from 1 to 10 we are already at 9,” he continued, and affirmed that “in the confidential conversations that we have had with different sectors of the opposition with the support of Norway, we have advanced on this path.”

Maduro assured that all the factions of the Venezuelan opposition will participate in the dialogue. However, without naming any name, he stressed that those who refuse the offer and want to continue on the paths of violence and destabilizing plans will be absent.

Dialogue with Fedecámaras
President Maduro referred to the participation of Executive Vice President Delcy Rodríguez in the annual meeting of the Federation of Chambers and Associations of Commerce and Production of Venezuela (Fedecámaras), and stressed that this is part of the efforts to achieve negotiation and dialogue with all the productive sectors for the economic recovery of the country.

“We have achieved the level of listening to each other with respect,” he said, dismissing accusations of “betrayal” coming from some sectors of Chavismo that question this approach.

“This is not the first time that the Revolution has met Fedecámaras,” stressed the president. “Commander Chávez did it on several occasions. Now, what I ask people is that they should know that I am a revolutionary, and that I sit there to speak with Fedecámaras; I sit down to talk to the opposition; I was even about to sit down to talk with (Donald) Trump. I am Bolivarian, a revolutionary, a Chavista,” he emphasized.

Nothing with Duque
President Maduro ruled out the possibility of a dialogue with the government of Colombia headed by Iván Duque because of the “anti-political and anti-state” positions assumed by his Colombian counterpart, whom he described as the puppet of former President of Colombia Álvaro Uribe Vélez.

“There has been no dialogue with the government of Colombia nor will there be, not because of us,” stated Maduro. “Iván Duque is the sloppiest president ever in the history of Colombia; he is a puppet of the big boss, Álvaro Uribe.”

Referring to the accusations that the government of Colombia has launched against Venezuela regarding the alleged planning of an attack on Duque’s helicopter in Colombian territory, Maduro was blunt in pointing out that it is a false positive.

“I have no doubt that it is a false flag operation,” responded Maduro. “If they want to know where the violent people, the mercenaries, the terrorists are, they have to look at Colombia.”

He expressed that this campaign has been full of vitality, new approaches, mobilization, meeting with the community and public debate, and added that it has been quite respectful, so he is certain that “we are going to come out with better leadership.”

He explained that in the first phase of the primaries, 75% of the leadership of the mayoralties has already been selected, that is, they are no longer pre-candidates but are candidates for the elections already. “I believe that we are going to have a very high percentage of new faces in the candidacies,” he remarked.

In his opinion, this is good because there is going to be an important reaffirmation of the leadership of the revolution in the states and the cities of the country.

Finally, he reiterated that open primary elections will be held on August 8, in which any Venezuelan having the right to vote may participate, irrespective of whether they are a PSUV member or not.