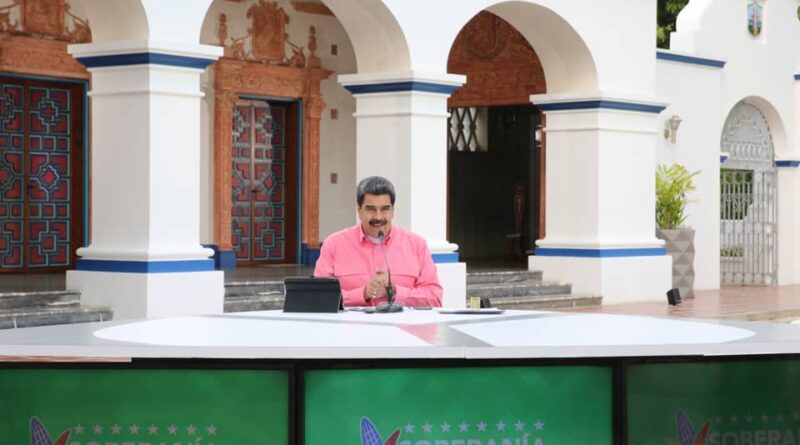 The Local Supply and Production Committees (CLAP), a program launch in 2013 to provide low price food to Venezuelan families, increased their daily production capacity by 184 percent compared to 2018, Venezuelan President Nicolás Maduro said on Thursday. “In 2018 they produced 249,600 daily combos. At this moment, they produce 460,800 combos throughout the national territory,” said the president.

In this sense, President Maduro urged advance in “large-scale production and strive to produce everything locally.” He pointed out that it is necessary to improve the quality of the combos and advance in the production of animal protein at the local level.

In this regard, the Minister for Food, Carlos Leal Tellería, added that to date they have 48 food production centers in 18 states. This allows the leverage of food production while shortening logistical processes, the minister stressed. “All social investment aimed at the food security of the people remains in the locality to leverage local production,” said Leal Tellería.

Maduro stressed that the distribution of food through this program is an effort and “an immense collective miracle of the people” in the midst of the coercive measures of the US government against Venezuela for political reasons.

On the other hand, 57 thousand hectares of land will be distributed among 201 mayors to strengthen agricultural production on a local scale, announced the Minister for Productive Agriculture and Lands, Wilmar Castro Soteldo. This measure will be added to the proposal to grant five hectares for production to each CLAP.

“The 201 mayors have their portion of land, the location, the corresponding lot and they will define the items according to the vocation of their territory,” he said in dialogue with President Maduro.

Regarding agricultural production in the cities, the Minister of Urban Agriculture, Gabriela Peña, pointed out that 8,254 brigades are registered and deployed for the organizing of this public policy. As a balance, she pointed out that they articulate with pork producers in order to include this meat in the CLAP distribution scheme, an action belonging to the “Protein Plan for the Family.”

In coordination with the communes, Peña stressed that the Vegetable Sowing Plan is underway to guarantee the necessary items for the preparation of “hallacas” during Christmas.