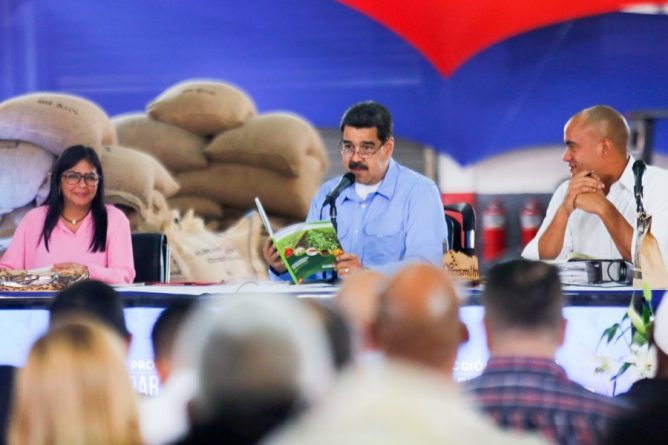 The president of the Bolivarian Republic of Venezuela, Nicolás Maduro, on Wednesday denounced the smuggling of Venezuelan cocoa by Colombian mafias for illegal sale in the world as Colombian.

“There are Colombian mafias that come to steal Venezuelan cocoa, the best in the world, and sell it as if it were Colombian cocoa,” he said during a productive day held from the Almacenadora Caracas, in Flores de Catia, from which Venezuela exported 50 metric tons of cocoa beans to Indonesia.

The Head of State recalled a conversations held with the former Colombian president, Juan Manuel Santos, in which he said that Colombia was producing cocoa in the department of Arauca, a zone bordering Venezuela, and in response the Venezuelan President said that this item was being extracted illegally from the Venezuelan territory. “In Arauca, surely the only cocoa that the smugglers are processing is Venezuelan and they export it,” he stressed on that occasion.

As part of the measures to counteract the attacks of the economic blockade imposed by the United States government, Venezuela intends to reach the goal of exporting 13,000 tons per year of this item. For this, it has 90,000 cultivated hectares, distributed in 18 states and partnerships have been established with the private sector.

Last February, Venezuela exported 25 tons of cocoa to the Asian nation, produced in Miranda state. From this same space, the packaging of the load produced in 97% of fermentation was made, which makes it of the best quality in the world.