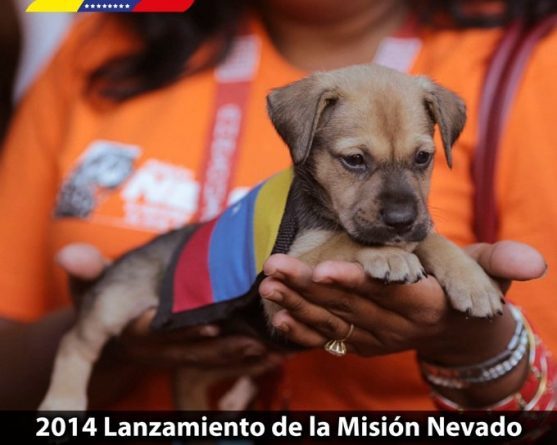 Five years ago, the Mission Nevado was made official as a collective, revolutionary, ecosocialist and animalistic project for the rescue and protection of the canine and feline fauna in homeless situation, as it says in the presidential decree of its creation.

In this regard the head of state, Nicolás Maduro, who through Twitter wrote: “5 years are fulfilled of the launching of a noble and beautiful mission of our Bolivarian Revolution, Mission Nevado. My recognition to all the team that works with love, day by day, to rescue, care for and protect animals in vulnerable situations.”

The Mission Nevado was formalized by President Maduro, with the objective of collecting and protecting dogs and cats in street situations.

The name of Nevado is in honor of the dog that accompanied the Liberator Simón Bolívar from the Admirable Campaign, in 1813, until the Battle of Carabobo, on June 24, 1821, when he died pierced by a spear of the royalists.