“My answer is that, just as I met (Joe) Biden (who was vice-president of the United States during the term of Barack Obama) and we talked at length and in a respectful manner, which was captured by the media at the time. Also when necessary, I am willing to respectfully speak with President Donald Trump. In the same way that I spoke to Biden, I could speak to Trump,” the Venezuelan president told AVN.

In 2015, the president of the Bolivarian republic of Venezuela, Nicolás Maduro, held a meeting with the current candidate of the US Democratic Party, Joe Biden, where he asked for respect for Venezuela. Biden had complimentary and cordial comments towards President Maduro and even indulged in a joke alluding to the Venezuelan president’s hair : “With such hair, I could be president of the United States,” he said. 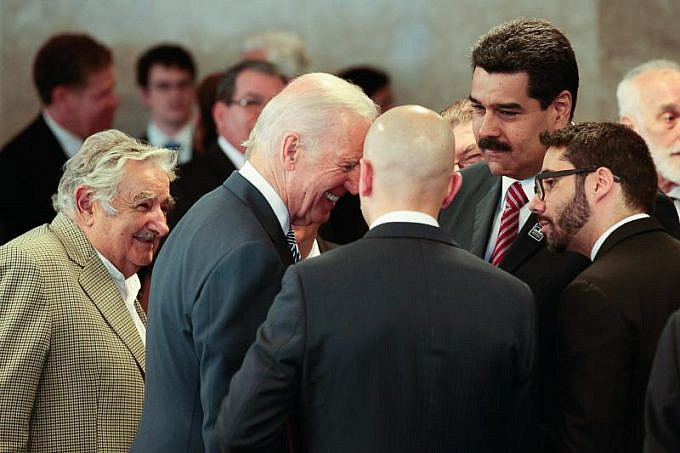 The meeting was at the investiture ceremony of the president of Brazil, Dilma Rousseff, when she had a meeting with Biden, at that time, vice president for Barack Obama, promoter of the executive decree in which he declared Venezuela as an “unusual and extraordinary threat,” a document that gave rise to the countless coercive measures that have been carried out against Venezuela since 2015.

“What do we ask of the United States? What I said to Vice President Biden, I have said it a thousand times, in public and in private. Relationships of respect, nothing else,” said Maduro at a press conference at that time.

The BBC Mundo website reported that during that meeting, Biden praised the Venezuelan national symbols.

Before coming to the presidency, the current president of the United States, Donald Trump, rarely used the Venezuela issue. However, now it takes a significant turn. In the face of the elections, which should take place in November, Trump has decided to intensify coercive measures against the country, as well as to participate in an attempted coup d’état and paramilitary incursions, such as the one carried out on May 3, in which two former green berets were arrested, who declared that they were part of the security escorts of the US president.

Similarly, today he has expressed his willingness to hold a meeting with the Venezuelan president, only “to negotiate a peaceful exit,” once again ignoring the will of the Venezuelan people, who chose President Maduro in free and democratic elections in May 2018 with a turnout bigger than 67%.