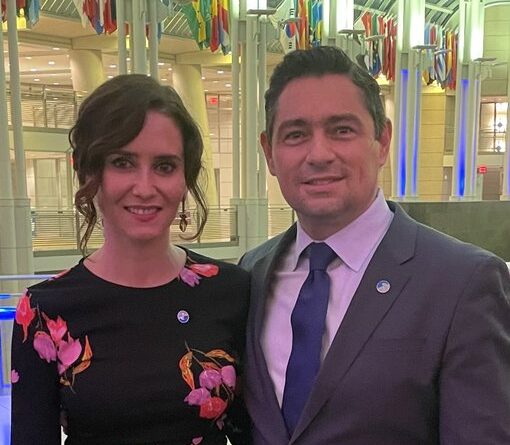 A new controversy was created by the extreme-right president of the Community of Madrid, Isabel Díaz Ayuso, after she questioned the apologies offered by Pope Francis to Mexico. Díaz Ayuso was criticized for claiming that Spain “brought civilization to America.” Critics recalled that the Spanish conquistadors actually brought disease, slavery, and death.

Since 2019, Mexican President Andrés Manuel López Obrador has urged both the Church and the Spanish monarchy to apologize for the grievances committed during the colonial era. This follows in the steps of late Venezuelan leader Hugo Chávez, who was the first South American president to question the Spanish invasion of the American continent. In 2002, Chávez instituted Indigenous Resistance Day to be celebrated on October 12, replacing the then Dia de la Raza as promoted by the Europeans. Coincidentally, October 12 is the National Day in Spain, which is going to be celebrated in less than two weeks.

Recently, Pope Francis offered an apology on behalf of the Catholic Church to Mexico during the Bicentennial of Independence of the Latin American country.

Through a letter, the holy pontiff asked forgiveness for “all the actions or omissions that did not contribute to evangelization in America.” At the same time, he pointed out that past mistakes have been very painful, for which he asked to heal the wounds.

After these statements, Díaz Ayuso said she was “surprised” that a Catholic who speaks Spanish refers this way about the legacy of Spain. She claimed the legacy of Spain was to bring Spanish [language] through missions, Catholicism, and, by extension, “civilization and freedom to the American continent.”

On a tour in the US, Díaz Ayuso stated that “There is an attempted Manichean revision of history to the legacy of Spain in America in the face of the black legend, with an alarming growth of indigenism and populism.”

Colonialist racist ideology is still very much alive in Spain

The president of the community of Madrid claimed that genocidal Spanish colonialists "brought civilization and freedom to the American continent" (by enslaving and murdering millions of people)https://t.co/KJgOecVIvm

Furthermore, she described a serious attempt being made to create a false story about what happened in the past. She claimed there is an attempt to destroy the Spanish legacy in America. Díaz Ayuso added that “the miscegenation and fusion of cultures is what has created these bonds.”

The statements by Díaz Ayuso did not go unnoticed, especially by people who reminded her that Spain also looted the Americas and brought diseases.

The Spanish journalist Iñaki López pointed out on Twitter that, in addition to Catholicism, Spain also brought the flu, measles, and new forms of slavery to America.

For her part, the spokesperson for Más Madrid in the regional Parliament, Mónica García, repudiated the statements of the president of the Community of Madrid against the Pope.

García said, “We have already seen her insult the Prime Minister and put the King in a predicament; we did not imagine she would also put the Pope in the spotlight.”

RELATED CONTENT: AMLO Asks the King of Spain and the Pope to Apologize for the Conquest

On social media platforms, users also spoke out against Díaz Ayuso’s statements and recalled that what the colony did was steal mineral resources and kill Indigenous people to the brink of genocide.

Meeting with Carlos Vecchio
The Grayzone journalist Ben Norton highlighted the story and put it this way: “Colonialist racist ideology is still very much alive in Spain. The president of the community of Madrid claimed that genocidal Spanish colonialists “brought civilization and freedom to the American continent” (by enslaving and murdering millions of people).

How fitting: The same day the right-wing president of the community of Madrid claimed Spanish colonialists "brought civilization" to Latin America, she had a friendly meeting with the fake US ambassador from Guaidó's Venezuelan coup gang

To drive home his point, Norton informed people about a meeting—the same day—between the right-wing Spanish politician, Carlos Vecchio, who is the fake ambassador of former deputy Guaidó to the United States.

Norton added: “How fitting: The same day the right-wing president of the community of Madrid claimed Spanish colonialists “brought civilization” to Latin America, she had a friendly meeting with the fake US ambassador from Guaidó’s Venezuelan coup gang.”

This is, for many analysts, additional evidence of the racist nature of these right-wing politicians who celebrate Indigenous genocide led by the conquistadors from Spain, and who seek to perpetuate the privilege of elites.

Featured image: Guaidó’s “ambassador” to the US, Carlos Vecchio with the extreme right Spanish politician from Partido Popular, Isabel Díaz Ayuso. Photographed just a few hours after the latter criticized Pope Francis for apologizing for the Catholic Church’s mistakes during the colonization of Latin America. Photo courtesy of Twitter/@carlosvecchio.