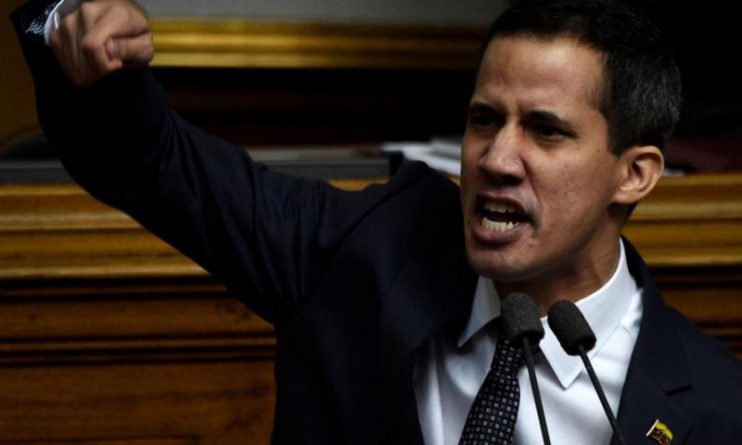 The Wikipedia network becomes a reflection of the multiple and confronted political readings left by the last adventure of the local opposition to materialize the coup d’état and establish a parallel government with foreign protection.

Juan Guaidó, deputy of the National Assembly in contempt, named president of it in an environment of irregularities that the institution dragged since 2016, champion the common cause to delegitimize the inauguration of President Nicolás Maduro that took place in the Supreme Court of Justice, in correspondence with article 231 of the Venezuelan Constitution.

Plot a contempt of the laws, placing hope in the support of the FANB without a certainty in their mobilization capability, leaves the representative on duty as a victim of the imprecise agenda that follows in the coming days for the opposition militancy.

The brief struggle that occurred in the spaces of the Wikipedia portal wanted to impose “de facto” a story that in the strict legal and political order was not possible to achieve.

In just one hour, 37 modifications were registered in the Wikipedia profile of Guaidó, product of the internal disagreements and the different interpretations that occurred after the proclamation made by the deputy of Voluntad Popular in the “Cabildo Abierto” convened for this Saturday in the headquarters of the United Nations. The measure, which follows the premature setbacks of an oxygenated leadership with the international component (OAS and the Lima Group) and the US State Department, did not build a convincing image about the “inevitability” of the supposedly transition that was too noisy at the beginning.

Although Luis Almagro acknowledged the apparent presidential proclamation and several countries of the Lima Group flirted with the idea in the previous days, Guaidó himself did not claim the interim presidency in his statement. His words were directed to the call for “free elections” based on articles 233, 333 and 350 of the Venezuelan Constitution, as resources that camouflage the violation of it. His bogus speech was nuanced in the official statement of his political party that also contradicted him by stating that he had proclaimed himself “President of the Republic”, even though he was outside the formality of the National Assembly .

The euphoria works to refuse to admit the results of the Venezuelan State’s immediate action within the framework of legality to protect the institutions and their elected representatives from the electoral chaos that finished on May 20 with the presidential elections. However, it is a bad companion when it comes to measuring the effectiveness of some measures, especially in the digital domain, and if that is added to the lack of consensus, then we witness these fights 2.0 to adjudicate and remove a high political position with one edition after another.

The discussion then moved to the spaces of the famous encyclopedia, which in one of its modifications affirmed that Guaidó assumed the Presidency on January 11 “with the approval of the OAS, in parallel to Nicolás Maduro, who is unknown by Parliament and more from 60 countries.”

In the end, the rectification was also made on the platform, through the intervention of administrators who removed the position of “President of Venezuela” in Guaido’s profile to the “Voluntad Popular” activist and blocked the possibility of continuing to edit the publication.

Wikipedia served (at the moment) some of its editors as a media channel, as a mechanism of compensation and self-deception, of a political move that pushes without the expected results on Venezuelan soil.