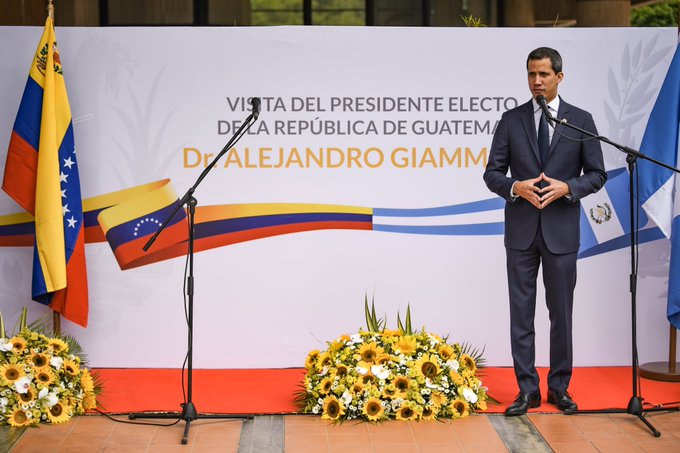 Hundreds of protesters took over the Guatemalan Congress this Saturday and set fire to several rooms inside. The protesters managed to surround the Parliament until finally being evicted by security forces and fire brigades. Amid heavy tear gas and charging police forces, the fire was extinguished.

The protesters broke down the entrance door to the Parliament and smashed windows, throwing flaming torches inside, and entered to destroy the facilities. For about ten minutes, in the midst of the chaos, protesters managed to set fire to a part of Congress while breaking everything they could get their hands on.

A group of protesters has set fire to the Congress of the Republic of Guatemala as anti-government demonstrations are held against corruption and the increase in the general budget of the nation for the period 2021. @SantiagoteleSUR pic.twitter.com/FQbfuhD2tk

The deputies were not in the chamber. For the moment it’s not known whether any injuries or deaths occurred inside the Parliament, located in the center of Guatemala City. Similarly, there was no official report on the costs of the damage done by protesters.

This attack on Congress occurred during a day of massive protests against the 2021 budget, approved under irregular circumstances on Wednesday by the Executive, chaired by Guatemalan President Alejandro Giammattei. The demonstration was called for by artists, social movements and dozens of entities. In parallel, while hundreds of protesters took over the Congress, thousands of other Guatemalans demonstrated against Giammattei just one kilometer away in front of the National Palace of Culture, the government’s headquarters.

The Guatemalan president reacted to the demonstrations through a message on his social networks. “I reiterate that you have the right to demonstrate according to the law. But we cannot allow vandalism either to public or private property. Whoever is proven to be involved in these criminal acts will bear the full weight of the law,” Giammattei wrote.

Giammattei, a right-wing politician who took office less than a year ago, has been the target of growing resentment by many Guatemalans, especially Indigenous citizens, who have accused him of racism. In the midst of this crisis his own Vice President, Guillermo Castillo, publicly proposed a joint resignation of both political figures, alleging that the country was suffering, and pointing at irregularities in the 2021 budget.

On Friday night, after Giammattei endorsed the budget again, Vice President Castillo assured at a press conference that the country is not “well” and urged Giammattei to resign with him to “oxygenate” the Central American nation.

Before being sworn in, when he was still president-elect in October 2019, Giammattei had tried to visit Venezuela without any formal coordination with Venezuelan authorities—he only coordinated with deputy Juan Guaidó—for a mediatized appearance framed within US regime-change operations against President Nicolas Maduro. Venezuelan authorities forbade his entry, stating that he didn’t follow the protocol of the Foreign Affairs Ministry, and because he presented an Italian passport while trying to visit Venezuela as president-elect of Guatemala.

Featured image: Guaidó and Giammatei were supposed to meet in Venezuela in October 2019 for a media show but the Venezuelan government didn’t permit his entry / Photo: Prensa @jguaido