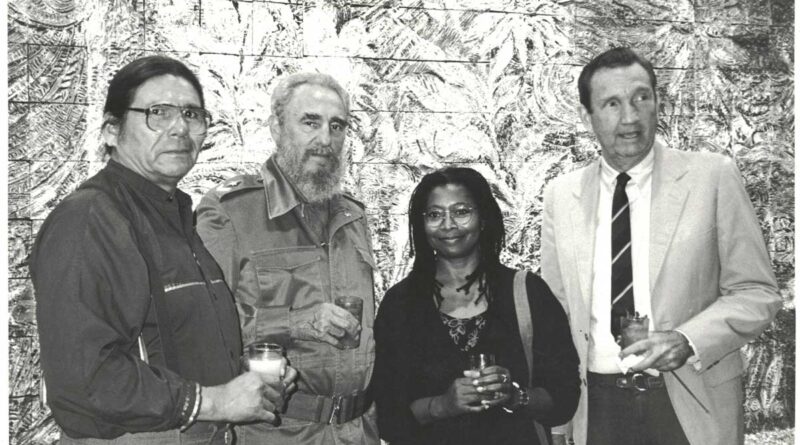 The news of his death did not come as a surprise since it was known that his health was declining and he was also affected by irreparable family losses. But the death of Ramsey Clark is a source of pain and suffering for many in many parts of the world.

His trajectory since the 1960s was one of admirable personal integrity and fidelity to the principles that made him one of the most respected personalities of the American progressive movement.

Attorney General of the United States during the administration of Lyndon B. Johnson, he played a key role in the approval and application of the Civil Rights Act, a decisive step in eliminating discrimination against African-Americans in electoral matters. He also accompanied Johnson in his efforts to ensure affordable health care for all. Both issues were flags that “liberals” raised but with increasingly hesitant hands while their elimination has become a priority for Trump and his supporters.

Ramsey for his part became a point of reference for those who did not abandon the ideals of freedom and true democracy.

He opposed the war against the Vietnamese people to the point that the President excluded him from the National Security Council despite the fact that his participation in that body derived from the high office he held.

Outside the government, Ramsey waged a tireless battle to stop this aggression, which generated a growing mobilization not only in his country but throughout the world, and to which he contributed as few others did. Not only with speeches and declarations. Of special significance was his physical, personal presence on Vietnamese soil in open violation of Washington’s official prohibition.

He had an exceptional capacity for work and delivering solidarity was for him a mission to which he gave his all. No cause was alien to him.

We Cubans owe him a great debt. Our cause was also his. His voice was raised time and again to denounce the blockade and the war that the Empire is waging against us in all fields.

His participation in the campaign to free Elián González and in the hard, complex and prolonged struggle for the liberation of our Five Heroes was decisive. Personally, as long as I live I will thank him for his help and from the bottom of my heart I say Thank you for everything dear friend, brother, compañero.