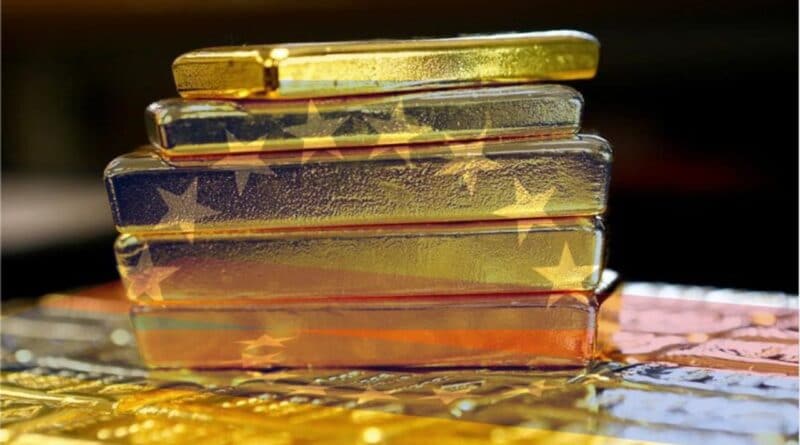 The US State Department may have pressured the British Foreign Office to retain the frozen Venezuelan gold valued at almost $2 billion, which is being held by the Bank of England.

This information was relayed by independent UK journalist, John McEvoy, who through his Twitter account, released some emails demonstrating the reality of the event. In one of these mails, for example, a response from the British Foreign Office was shown. It states that “the FOIA (Freedom of Information Act) of the United States recognizes the need to protect information, which could harm relations between the UK and other states if disclosed. In this case, the disclosure of information related to the Venezuelan gold could damage our relations with the United States of America and Venezuela.”

This means that the communications in which the US administration demanded that the United Kingdom not release the Venezuelan gold should be kept secret, because otherwise, it might incur possible legal consequences, because it is menaced by the law in question. So the British preferred to safeguard their relations with the United States, even while international law was being violated, leaving Venezuela with its hands tied and without the resources that belong to the Venezuelan people that are much needed in times of COVID-19.

The British Foreign Office is refusing to release information about US State Department pressure to freeze almost $2 billion of Venezuelan gold held in the Bank of England.

The UN recently urged Britain to unfreeze this gold so that Venezuela can buy food and medicine. pic.twitter.com/rrDKUkQZXP

Bloomberg reported it
McEvoy brought up a report from the news agency Bloomberg, in which he reflected, thanks to a US source, that the Bank of England’s decision to deny the request for withdrawal of Venezuelan gold and its value, made by the Bolivarian government led by Nicolás Maduro, came after top US officials at the time (January 2019), such as Secretary of State Mike Pompeo and National Security Adviser John Bolton, “put pressure on their UK counterparts to help isolate the regime from its assets abroad.”

The news to date was that the Bank of England made this decision after US pressure on their British counterparts to cut “the Venezuelan authorities’ access to their assets abroad.”

Likewise, the journalist and international analyst recalled that Bolton revealed in his book, The Room Where It Happened: A White House Memoir, that the UK Foreign Secretary, Jeremy Hunt, was “delighted to cooperate in the measures they could take to put financial pressure on the Maduro government,” including freezing Venezuelan gold.

According to former NSA chief John Bolton, then British foreign secretary Jeremy Hunt said that he was "delighted" to freeze Venezuela's gold. pic.twitter.com/UPWxuJcwc3

It was following political instructions and without complying in any way with the international legal system that regulates financial transactions of this type, that the Bank of England refused to process the instructions of the authorities of the Venezuelan Central Bank (BCV), institution commissioned by the Constitution of the Bolivarian Republic of Venezuela for this purpose.

Minister for Foreign Affairs denounces aggression
Meanwhile, the Venezuelan Foreign Affairs Minister, Jorge Arreaza, responded to the tweets of the journalist McEvoy in this way: “In order not to ‘harm’ its relationship with the US, the United Kingdom hides information about the pressure received to block funds that belong to the Venezuelan people. How much more evidence of the assault are they hiding?”

Featured image: Venezuelan gold is being seized/robbed by the Bank of England based on arguments very hard to believe. File photo.