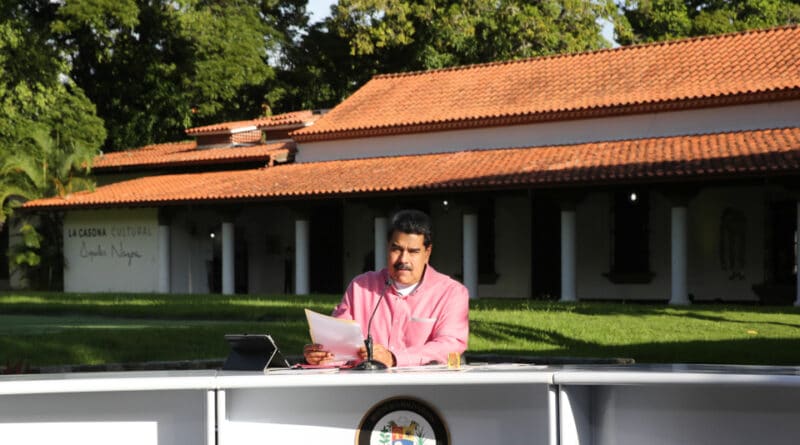 In the states of Zulia, Miranda, La Guaira, Sucre, Bolívar and Táchira, in addition to the Capital District, level 1 of partial opening in the 7 + 7 scheeme will begin to govern this Monday, due to the Covid-19 pandemic. This was reported by the Venezuelan President, Nicolás Maduro, who specified that the second level of general flexibility will govern in the other states.

The 7 + 7 scheme will be applied in two levels of flexibility during the week between August 10 and 16, the president of the republic, Nicolás Maduro, reported on Sunday.

At level 1 of partial flexibility, ten economic sectors will be operational:

In this group, the ten previous sectors are incorporated, to which are added: opticians, car washes, electronic repairs, textiles and footwear, stationery stores and bookstores; ice cream parlors and cafeterias (take away only), laundries and dry cleaners, manufacture and assembly of electronic equipment, parcel services, registries and notaries, sporting events without the public, gyms, drive-ins and shopping centers.

At both levels of flexibility, the border municipalities of the states of Táchira, Apure, Zulia, Amazonas and Bolívar remain excepted, which will continue in radical quarantine.

The head of state took the opportunity to reiterate the call to the conscience of the Venezuelan people. He stressed that the evolution of the 7 + 7 scheme will depend on the application of this factor in each of the people, for which he urged to continue extending the sanitary and epidemiological protocols recommended by the World Health Organization (WHO), in order to decrease the proliferation of the virus.