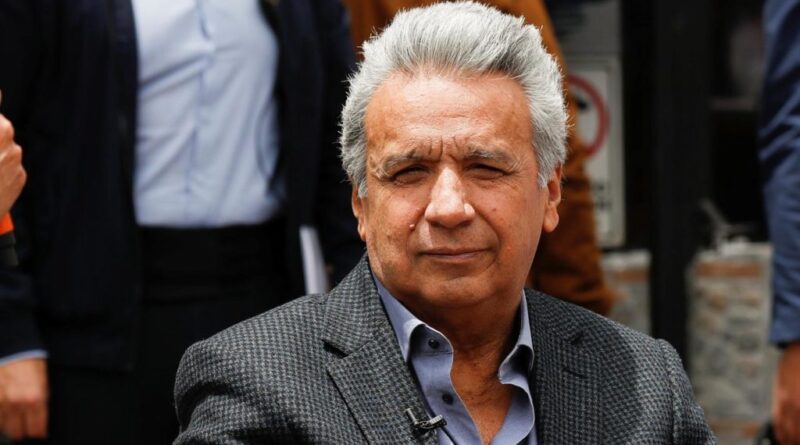 Reuters routinely buries information that would badly damage the reputation of US allies in the Americas. Whether those allies are bureaucrats from the Organization of American States and the dictatorship they helped install in Bolivia (FAIR.org, 12/17/19), violent protesters in Nicaragua (FAIR.org, 8/23/18) or Venezuelan politicians who support lethal US sanctions on their own country (FAIR.org, 6/14/19), the London-based news service can be counted on to cover for them.

In the case of Ecuador, a servile US ally since President Lenín Moreno took office in 2017, Reuters has ignored efforts to prevent Moreno’s strongest opponents from participating in the presidential and legislative elections scheduled for 2021.

On Reuters’ website, I found 26 articles in English about Ecuador from June 19 through August 16. None of them are about the Moreno government openly trying to prevent four political parties from running in the 2021 elections. Ecuador’s auditor general, Pablo Celi, demanded on June 19 that the parties be banned, and, a few days later, called for electoral authorities to be fined and fired if they disobeyed him.

Back in 2017, the same day Venezuela’s electoral authorities announced that parties that boycotted municipal elections would have to re-register to participate in the presidential election, Reuters (12/20/17) immediately ran an article with the headline “Venezuela May Ban Main Opposition Parties From Presidential Vote.” Days earlier, another Reuters article (12/11/17) had the headline “US Condemns Threat to Ban Venezuela Opposition From Elections.”

RELATED CONTENT: Rafael Correa, on his Candidacy for the Vice Presidency of Ecuador: “I Aspire to Rescue my Country from the Tragedy it is Experiencing”

Quite a lot to ‘miss’

Celi is strongly implicated in acts of corruption that have recently come to light, and has a dubious legal claim to having his job at all. However, he has been pivotal to Moreno’s criminalization of political opponents, and that’s kept him on the job and on the attack (CounterPunch, 7/1/20). Electoral authorities resisted Celi’s bullying for weeks, but caved on July 19. The four parties were suspended.

The key party Moreno has targeted for elimination is Fuerza Compromiso Social (FCS)—the party supporters of former President Rafael Correa joined in order to be able to participate in the 2019 regional elections. (Correa and Moreno belonged to the same left wing party for ten years, Alianza PAIS; Moreno moved the party completely to the right after he was elected president in 2017. See FAIR.org, 2/4/18.)

A judge overturned the suspensions on August 2. The electoral authorities’ effort to reverse the judge’s ruling failed on August 14. But the electoral authorities had already made another decision that will subject FCS and the other three parties to a special “review” that could still block them from participating in 2021. The “review” is supposed to be completed by mid-September.

Moreno’s cabinet secretary, Juan Sebastián Roldán, said in a TV interview (MAXTV Online, 8/7/20) that Correa is part of a “gang” that “must not be feared.” He added menacingly that it’s a “big risk being a Correaist candidate, because the justice system will have its eyes on those who have not yet fled or been convicted.” This is not an idle threat that Roldán made: Numerous Correa allies (including elected officials) have been jailed or driven into exile by Moreno.

Correa was first elected in 2006 and left office in May 2017. Moreno had been vice president for the first six years of Correa’s time in office, and his special envoy to the UN for the remaining four. Understandably enough, voters in 2017 believed Moreno was sincere when he praised Correa lavishly throughout his campaign, saying Correa’s “citizens revolution” had been “legendary.”

Within weeks of taking office, it was obvious Moreno had done a complete ideological about-face and implemented the platform of his right-wing opponent, a banker named Guillermo Lasso. A threat to prosecute Correaists was part of Lasso’s platform, and Moreno followed through on it ruthlessly.

Moreno similarly followed through on Lasso’s promises to illegally eject Julian Assange from the Ecuadorian embassy in London, and to shift economic policy to the right, based on the lie that Ecuador’s public spending and debt had been unsustainably high under Correa (FAIR.org, 10/23/19). Fulfilling yet another campaign promise by Lasso (to restore “institutional independence”), Moreno stacked the judiciary and numerous other control authorities to the satisfaction of Ecuador’s traditional powerbrokers (CounterPunch, 10/12/18). All of this pleased Ecuador’s private media, and Western media generally (FAIR.org, 2/4/18, 11/3/18).

In April, a Reuters article by Alexandra Valencia (4/7/20) covered for Moreno’s extreme cynicism by deceptively stating that Correa “initially backed [Moreno] in 2017.” That’s like saying that Jesus and Judas had once been friendly acquaintances.

Overwhelming local and international media support aside, Moreno’s economic policies hurt the population, and the regional election results of March 2019 showed that “Correaists” remained the most serious electoral threat to Moreno and his right-wing allies. That’s remarkable, considering that Correa’s supporters have not even been allowed to register their own political party—hence their decision to participate by joining FCS. They could only participate in 48% of the states and 22% of mayoral elections (CounterPunch, 10/25/19).

Moreno’s government took another hit in October 2019, when protests broke out against harsh austerity measures it tried to impose. To salvage their credibility, some anti-Correa collaborators of Moreno’s from the supposed “left” were forced to confront him (CounterPunch, 10/25/19).

All of that was before the Covid-19 pandemic struck Ecuador. The government’s response was so incompetent that (based on excess deaths per capita) it’s among the worst in the world. To make matters worse for Ecuador’s right, the gruesome outbreak began in Guayaquil, a port city that’s been governed by the same right-wing party (PSC) since 1992—a fact that explains some weird attempts to put a positive spin on the city’s catastrophe. An NBC News headline (8/7/20) said: “Guayaquil, Ecuador, Once Had Bodies on the Street Because of Coronavirus. Now It’s Helping Others.”

I should note that a Huffington Post article (8/5/20) by Travis Waldron and Nick Robins-Early did make a quick mention of Moreno’s attempt to ban Correaists from the 2021 elections—albeit very deep into a lengthy article whose emphasis was largely on demonizing Venezuela’s government. Journalist Phil Gunson, who has been whitewashing the US-backed opposition in Venezuela for decades, was quoted extensively.

Alliance makes a world of difference

Moreno is not struggling to contain a violent opposition backed by a superpower, as Nicolás Maduro is in Venezuela. On the contrary, Moreno is trying to prevent voters from punishing Ecuador’s very pro-US right-wing parties, whose platform he adopted.

Correaists aren’t asking the US to strangle Ecuador’s economy or invade the country, nor are they asking the bloodsoaked Elliott Abrams to bribe and coerce Ecuador’s military to perpetrate a coup. They just want to participate in the upcoming elections. Unfortunately, Reuters’ priorities are clearly US priorities—which means covering for US allies at the expense of journalistic integrity.

Joe Emersberger is a writer based in Canada whose work has appeared in Telesur English, ZNet and CounterPunch.