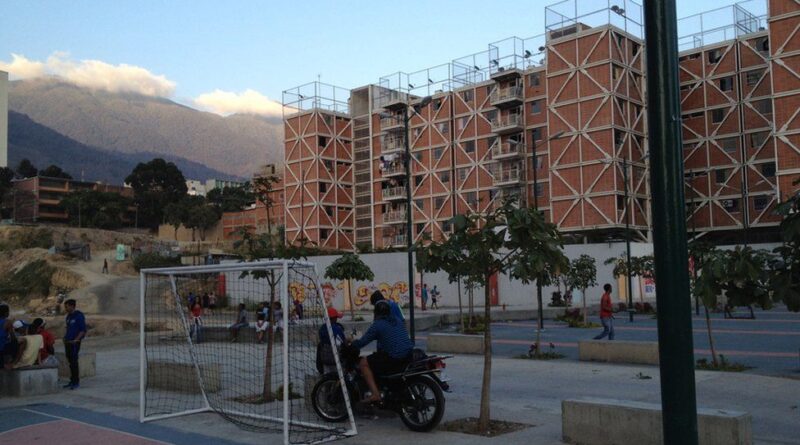 Ten years ago we gathered in the Ezequiel Zamora Park (or El Calvario) of Caracas—as part of a public dialogue alongside Commander Hugo Chávez—and began an ongoing process of urban revolution that has allowed the people of Venezuelan to recover previously abandoned or underutilized lands. Today, millions of houses have been built on these lands, thousands of units have been constructed by people’s power, many of which are now self-managed by the community. The right to housing for working families is fully protected, in stark contrast to a past in which people were thrown out onto the street by capital with the complicity of the state.

These advances, more than achievements, are seeds whose fruits are part of the shield that has allowed us to resist the imperialist blockade that has reduced our oil income to 1%, affecting the investment capacity of the Gran Misión Vivienda Venezuela [Venezuela’s Great Housing Mission] and its capacity to guarantee supplies and machinery, putting at risk the right to land and decent housing for millions of Venezuelan families.

After seven years of siege and hybrid warfare, the class struggle in Venezuela has intensified, between gringo and European capital that requires Venezuelan oil to maintain its control, between the national bourgeoisie that wants to rebuild the rentier system at the cost of inequality and the people who fight for their lives with the conviction that we cannot go back.

Today, October 4, remembering Commander Chávez on Bolívar Avenue in 2012, in that historic closing of the campaign, we call for a new cycle of united mobilization of the organized people who during the last 22 years have built socialism in the territories. It is thanks to this that we have managed to fight against and resist the blockade. We stand firm and declare to imperialism that we will never surrender. We support the President and leader of the Bolivarian Revolution, Nicolás Maduro Moros, and we say to those sectors of capital who think otherwise: we will not allow you to impose a backward agenda of idle land, forced evictions, real estate swindles, and privatizations of our right to the city.

For these reasons, from communes, community councils, Venezuelan Housing Assemblies (Asambleas Viviendo Venezolanos or AVV) and the diverse range of organizations of the inhabitants of our neighborhoods, we raise the following common flags of struggle:

• For the defense of the lands and idle properties recovered from capital by the Bolivarian Revolution. We demand that none of them be returned to the bourgeoisie, because they belong to the people! To protect their sovereignty we demand the transfer of collective property to the organizations that have recovered land for life.
• We propose the creation of a law of self-managed housing production that guarantees collective ownership, and self-managed funds so that popular housing organizations can produce new communities for needy families (because private companies only look after the accumulation of capital and not the right to housing of poor families).
• We demand the State decriminalize the occupation of land and real estate by the people. In order to stop criminalization, it is necessary to stop calling the families that rescue unoccupied properties invaders—that is what they called the inhabitants of the slums prior to Chávez! The only ones that invade are the imperialists. The people occupy—and for this reason we demand the elimination of Article 471-A of the penal code, one of the only ones remaining in Latin America that categorizes as a penal crime something that is a civil action (no longer the case even in countries where the right-wing governs).
• Enough of forced evictions in our cities, because the Revolution must guarantee housing security for all working families! Despite the existence of legislation against it, and the emergency decree in the framework of the pandemic, the real estate mafias with the complicity of the courts and security forces continue evicting working families.
• We need the communalization of the city as part of the socialization of the means of production so that organized communities can guarantee the material conditions for life: housing, water, transportation, health, education, gas, electricity, security, etc. Private capital should be the option for the richest 1%. For the popular territories, privatization only brings exclusion and inequality. That is why the modes of popular management, social property and self-government should be the way for people’s power to effectively resist the blockade while we build communal socialism, which is the only alternative to preserve life on a planet where, as Commander Chávez stated, life is at risk by the civilizing model of capital and Yankee imperialism.

HOUSING IS A RIGHT, NOT A COMMODITY!

DOWN WITH 471-A THAT CRIMINALIZES THE PEOPLE!

THE ROAD TO SOCIALISM IS SELF-MANAGEMENT!