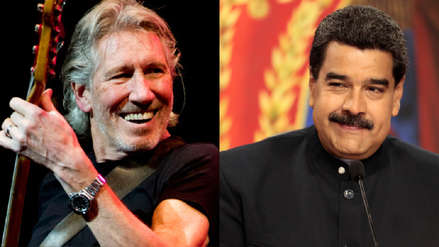 British musician Roger Waters affirmed that he will continue supporting the people and government of Venezuela in their fight against the aggressions of the American empire, after thanking for the “cuatro” that President Maduro gave him as a sign of friendship and recognition.

This was stated in a video recorded by the Constitutional President of the Bolivarian Republic of Venezuela, Nicolás Maduro Moros, sent as a gift from the Venezuelan people during the visit of the Venezuelan musician Paul Gillman to London.

“I am a good friend of Venezuela, we will continue to support the people against those efforts of the empire to destroy it,” said Waters, in an audiovisual recording broadcast on television from the Alejandro Otero Museum in Caracas, where the head of state launched the Plan of Cultural Offensive 2019.

“We will be with you and we will continue with you. Thank you very much president. I am very grateful,” said the English musician, founder of the legendary Pink Floyd band, upon receiving the Venezuelan musical instrument from Gillman.

“Thank you for bringing the truth to the world,” said Maduro, when he revealed with an audiovisual recording posted on his twitter account the sending of the “cuatro” signed by him on behalf of all Venezuela.

“That’s how the “cuatro” went to London and a few days later it was in Roger’s hands. Hopefully he will incorporate it into some of his productions in the near future and the sound of the Venezuelan cuatro strings can reach the world of rock”.

“So for us, as “president rocker”, as Gillman calls Maduro, I sent him the signed ‘cuatro’ and it was delivered to Roger Waters,” Maduro said, airing the video where he interpreted some musical tunes and stamped his signature. / JML