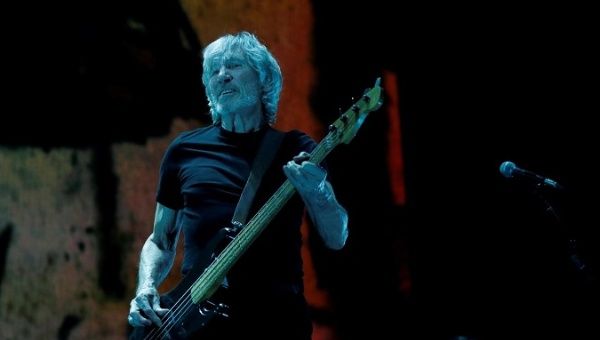 Activist and musician Roger Waters urged Madonna not to perform in Tel Aviv at Eurovision through an open letter.

Roger Waters, the pro-Palestinian, Boycott, Divestment, and Sanctions (BDS) activist and musician penned an open letter urging Madonna not to perform in Tel Aviv at the Eurovision song contest in May.

In a letter named, “If you believe in human rights, Madonna, don’t play Tel Aviv” published in The Guardian, the founder of Pink Floyd argued that performing at Eurovision raises “important ethical and political questions for each and every one of us to contemplate.”

The pop star is scheduled to perform two songs at the contest.

He highlighted the Universal Declaration of Human Rights which recognizes that every human has basic “human rights, including but not limited to the right to life, liberty and self-determination.”

However, the right to life, liberty, and self-determination of Palestinians are being violated every day due to Israel, a repressive occupying country, Roger asserts.

The famed Pink Floyd singer said he responded to the call of BDS movement to establish a “cultural picket line” which asked artists not to perform in Israel until its government recognizes Palestinians’ right to self-determination.

RELATED CONTENT: The People of Palestine Are on the March

“Try to imagine, for 70 years, generation after generation, waking every morning to the systematic, creeping plunder of your people’s life,” Rogers wrote while reiterating the call to boycott the contest.

The semifinals of Eurovision is scheduled to be held in Tel Aviv on May 14 and 16 and the finals are supposed to be on May 18.

“Some of my fellow musicians who have recently performed in Israel say they are doing it to build bridges and further the cause of peace. Bullshit,” the musician wrote.

“To perform in Israel is a lucrative gig but to do so serves to normalize the occupation, the apartheid, the ethnic cleansing, the incarceration of children, the slaughter of unarmed protesters … all that bad stuff.”

The resisting Palestinians “have asked us, ‘the bleeding hearts and the artists’ for our help. We, all of us have, in my view, an absolute moral and human obligation as fellow human beings to answer their call.”

Last September, around 140 artists called for a boycott of Eurovision and in January, 60 LGBTQI groups also came forward boycotting the same. In early April 171 Swedish artists gave a similar call.