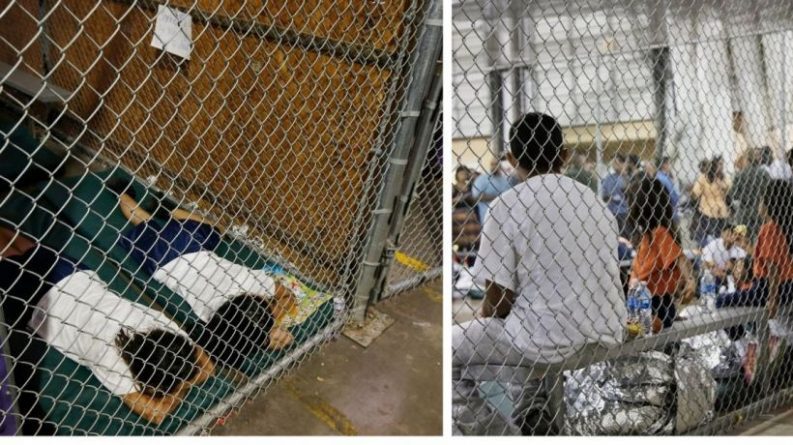 A report published by NBC News shows the state of deterioration and overcrowding of immigrants living in detention centers, especially in the border states of the United States.

There, they denounced the conditions which the migrant children are in, who are stacked in steel cages and without the necessary shelter for the cold nights in California, Arizona and Texas, where the largest centers are located.

RELATED CONTENT: “The Coup D’état Transformed Into a Dictatorship that Cruelly and Clearly Creates the Migrant Exodus.” -Gathering of Black and Indigenous Women of Honduras

In fact, the NBC News report admits that “the conditions at the El Paso, Texas border station are so bad that border agents are arming themselves against possible riots.” In fact, they enter the precincts with weapons for fear of an attack.

There is also a serious health and sanitation problem, to the point that there is no medical attention in cases of emergency, while hunger takes hold in the facilities.

RELATED CONTENT: They Are Concentration Camps — and They Are Also Prisons

Congressmen have visited some centers and have given their critical opinion, denouncing even threats of physical and sexual abuse against migrants.

I see why CBP officers were being so physically &sexually threatening towards me.

Officers were keeping women in cells w/ no water & had told them to drink out of the toilets.

This was them on their GOOD behavior in front of members of Congress.

Although the Trump Administration, when it does not deny the facts, alleges that the state of these facilities is the product of the massive number of foreign citizens trying to enter the United States, the media reports that “some conditions, such as lack of showers or clean clothing for detainees, do not depend on more funding. ”