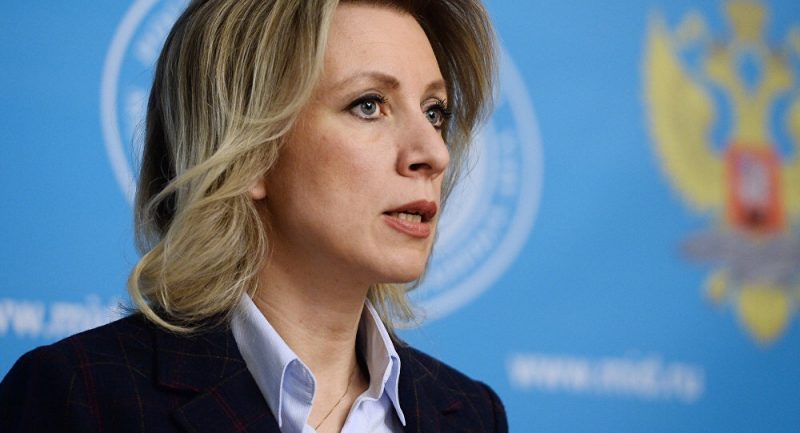 The Russian Ministry of Foreign Affairs reported on Thursday that the United States is preparing a violent regime change in Venezuela with the cover of a humanitarian operation.

“We are not talking about democracy here. Nobody proposes its restoration, they look for a change of regime in Venezuela,” Foreign Spokesperson María Zajárova said at a press conference.

Zajárova stressed that, “in view of the activity of the US military delegations that literally flood the region lately, a detailed preparation of a variant of regime change by force that includes logistical support is being carried out.”

She stressed that in Colombian territory, specifically in the border areas with Venezuela, “a single command post is being created for the so-called humanitarian operation and, if we call things by their name, simply humanitarian intervention.”

He recalled that such statements by US officials are a “flagrant violation” of the UN Charter that urge its member countries to renounce the use of force in international relations.

Already in the question time, Zajárova said that “it is clear that in Washington the decision on the use of force is already made and that the rest is a cover.”

In addition, he called it “the height of cynicism” to demand sanctions against the Venezuelan regime and, at the same time, to try to force Caracas to accept humanitarian aid.

From the very beginning Russian President Vladimir Putin has supported the Venezuelan president, Nicolás Maduro, before what he called “destructive interference” of the United States and advocated dialogue to resolve the situation in Venezuela.

Russian Deputy Minister of Foreign Affairs Sergey Ryabkov today expressed “concern” that today’s meeting of the International Contact Group on Venezuela, rather than promote dialogue between the opposition and the “legitimate authorities” of Venezuela, will be used to “pressure” Maduro and his government.

Although he has been willing to participate in mediation activities, Moscow has ruled out as interlocutor the president of the National Assembly, Juan Guaidó, who proclaimed himself interim president of Venezuela on January 23, considering that he is not an independent politician.