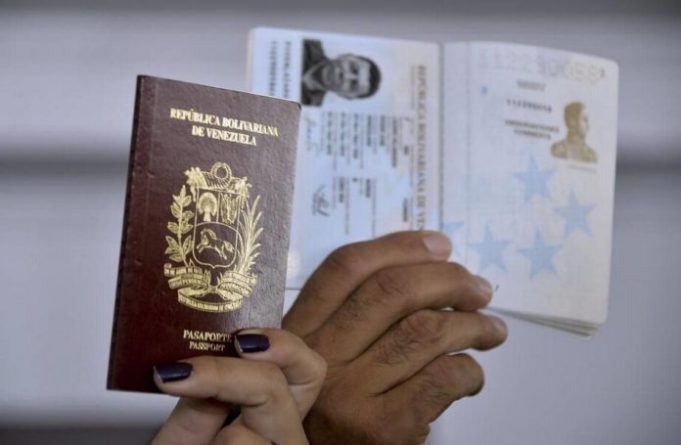 The Administrative Service of Identification, Migration and Foreigners (Saime) [Agency in charge of issuing passports and ids] evaluates a plan to extend the validity of the passport from five to 10 years, as well as the extension of validity from two to five years.

This was reported by the director of Saime, Gustavo Vizcaíno, in an interview with the program Al Aire, broadcast by Venezolana de Televisión (VTV).

“A new passport will come, which will have a 10-year expiration, once the new regulation comes into force. Who already has his passport will be governed by the same transitory provision, will remain in force and will have an extension of five years to reach 10, “he said.

He also noted that more than 54,000 documents between extensions, passports and cedulas [id’s] have been printed and sent to Venezuelans abroad through the consular offices of Venezuela.

“Soon we will get all our embassies and consulates in the world passports and ID cards. President Nicolás Maduro gave us the instruction to deal with identification issues for all Venezuelans abroad, “he said.

In the interview, Vizcaíno indicated that in the cedulación operations [id issuing operations] for the first time they have registered more than 617 thousand children between 9 and 11 years of age.

On the other hand, he mentioned that in the coming days there will be days of identification in Plaza Caracas, center of the capital, for the renewal of the identity document, with regard to the upcoming elections of the municipal councils to be held on June 9. December.

Vizcaíno also explained that they are working with authorities of the Ministry of Popular Power for University Education, Science and Technology, in order to optimize Saime’s computer service and, in turn, improve printing mechanisms, among other activities in this field.