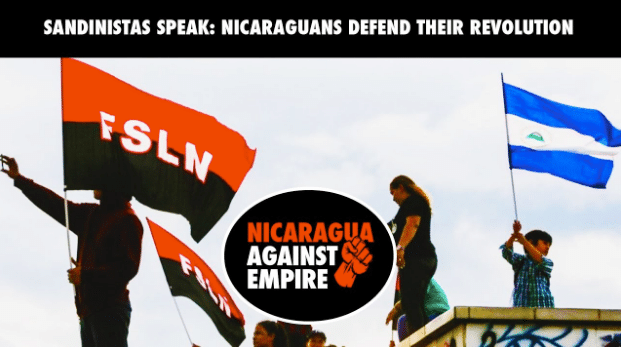 On July 19, 2021, tens of thousands of Nicaraguans packed the streets of Managua to celebrate the 42nd anniversary of the Sandinista Revolution.

In this video, you hear directly from working-class Nicaraguans who support their socialist government. You also hear their thoughts about U.S. sanctions and regime change. U.S.-imposed sanctions on Nicaragua have devastated working class Nicaraguans, who are overwhelmingly Indigenous and Afro-descendant.

These are perspectives that are never shared on mainstream media, which often paint Nicaragua as a “dictatorship.”

This video is one of several episodes of Nicaragua Against Empire, a documentary series that highlights Nicaraguan resistance to Western imperialism. This series was recorded and produced by Ramiro Sebastián Fúnez, a Honduran communist content creator based in Los Angeles, California.

Featured image: Screenshot from the documentary “Nicaragua Against Empire.”