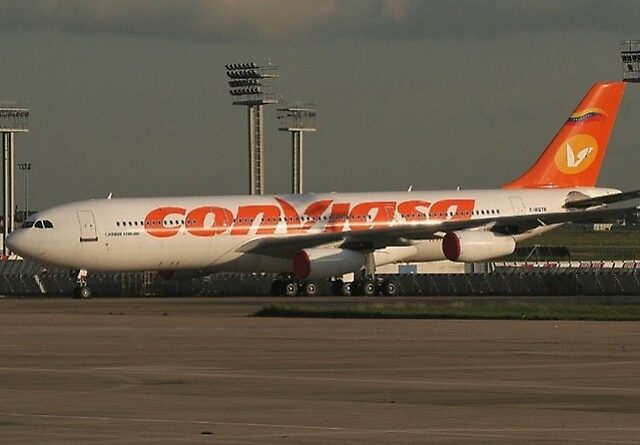 The president of the Venezuelan Consortium of Aeronautical Industries and Air Services (Conviasa), Ramón Velásquez Araguayán, announced this Sunday that in the first week of December Conviasa will begin to offer flights to Russia and Iran.

Through his account on the social media network Twitter, @rvaraguayan, he highlighted that with this operation the state company continues to expand its range of international services. “We envision flights to Moscow and Tehran, oficially, for the first week of December,” while advancing Conviasa’s evaluation of other destinations such as Italy, Portugal and China.

He also announced that an Airbus 340-300 aircraft will be added to the fleet next November, expanding the airline’s fleet of jets.

In this regard, Velásquez said that the aforementioned plane “is already paid for and should arrive by the third or fourth week of November.” He estimated the acquisition of another three Airbus planes to take care of the international demand.

On the other hand, he pointed out that they plan to open the National Aeronautical Company (EANSA) soon to develop the air sector. The prototype aircraft will arrive on November 7. There will be two types of aircraft that this company seeks to manufacture in Venezuela, he said.