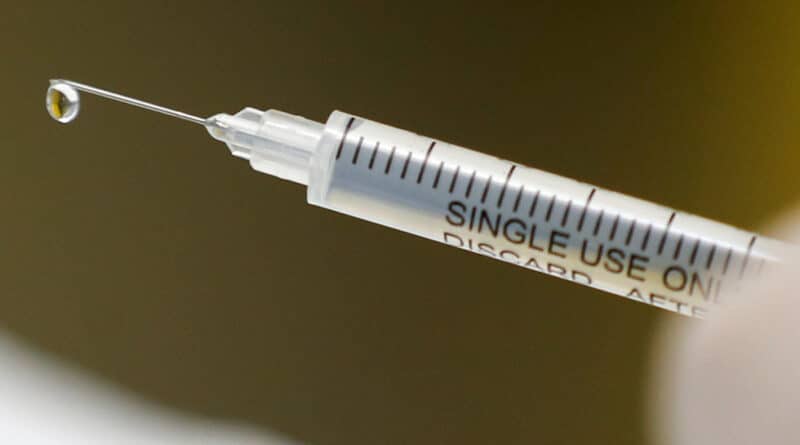 September 20, 2020.- Two people have fallen ill during the trials of AstraZeneca’s coronavirus vaccine in the UK, the company’s internal papers revealed, and a source said they had both suffered from the same serious neurological disorder.

The company published details of the trials on Saturday, after facing criticism over the lack of transparency surrounding the testing of the much-anticipated vaccine against the virus, which has so far infected more than 30.8 million people and caused over 958,000 fatalities worldwide.

The first participant of the British trials – which are being conducted in conjunction with Oxford University – fell ill after receiving one dose of the experimental vaccine in July.

The female volunteer was later diagnosed with transverse myelitis, a rare inflammatory disease that affects the spinal cord, causing weakness, sensory alterations, and autonomic nervous-system dysfunction. The company’s spokeswoman later told the media the volunteer had undiagnosed multiple sclerosis, and the trials resumed.

The second female recipient of the vaccine suffered complications after the follow-up dose in September. AstraZeneca didn’t confirm her diagnosis, but a source told the New York Times it was also transverse myelitis.

On September 6, trials of the drug were paused again, after the second woman felt ill, but they resumed in Britain, Brazil, India, and South Africa less than a week later. The US hasn’t yet green-lighted the continuation of the test, however.

AstraZeneca, which has administered its vaccine to some 18,000 people worldwide, said in internal documents that the two cases of the illness were “unlikely to be associated with the vaccine, or there was insufficient evidence to say for certain that the illnesses were or were not related to the vaccine.”

Transverse myelitis is a serious and rare disease, and its repeated cases among the participants of the trials may well see AstraZeneca losing its vaccine bid all together.

Earlier this month, respected British medical journal The Lancet published the Russian Ministry of Health’s Sputnik V study, showing the vaccine to be 100 percent effective, producing antibodies in all 76 participants of early-stage trials.