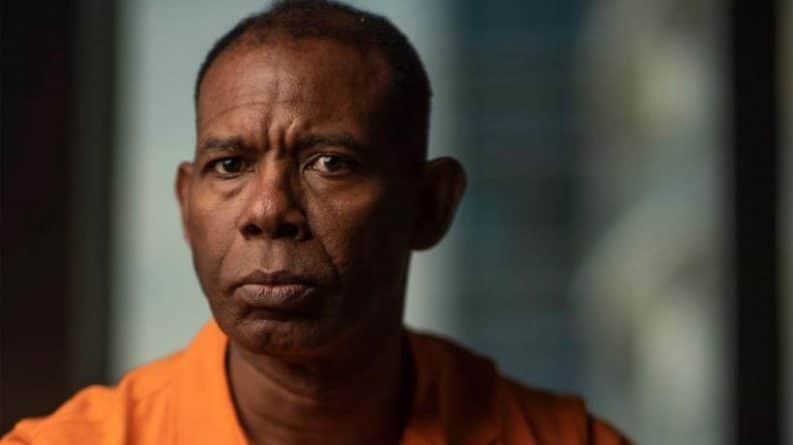 AND THE POSSIBLE CHANGE OF THE US AGENDA

With the beginning of the Guaidó plan, there was a new round of frustrations and disappointments that have accumulated up to the present. Now, the change of agenda in the anti-Chavismo strategy seems to be becoming clearer. A series of elements show that turn.

For example, the arrival of Manuel Cristopher Figuera, former director of the Bolivarian Intelligence Service (SEBIN), to US soil.

Received as a hero, he immediately motivated his instrumentalization by Washington. His participation in the attempted coup last April 30 orchestrated mainly by Leopoldo López, according to the organizational chart of Operation Vuelvan Caras presented by the government, was just the spearhead of its cooptation.

His reappearance in the media scene providing information (to be verified) to US officials and The Washington Post (WaPo) after having spent two months in Colombia under the protection of the government of Iván Duque is a move within that strategic change.

In the interview with WaPo, he says he has exclusive parts of the “Maduro secrets” that, in short, constitute unproven links that the Venezuelan president would have with organizations supposedly related to drug trafficking and terrorism.

Figuera recounts incidents that would confirm these criminal relationships, narratives coinciding with those imposed by the main information agencies that have given greater prominence to these elements in propaganda operations against Venezuela.

Plots of corruption, illegal mining, money laundering, Colombian guerrillas, Cuban interference, drug trafficking and the Venezuelan presidential family are the condiments of the “leaks” exposed in WaPo, which serve as a pretext to the argumentative lines exposed by the report of Douglas Farrah, reviewed and analyzed previously here.

On the other hand, in Figuera’s version of the events linked to the preparations of the plan included in Operation Vuelvan Caras, he provides irregular contact data with the conspirators, including the businessman Raul Gorrín, who were in the task of “turning Maduro loyalists.”

The figure of the former head of the SEBIN is already another factor to consider in Washington, where the stratagem of carrying out a de facto judicialization is increasingly influencing the “deserter figures” as privileged witnesses, according to the narrative, of the “Joint Criminal Bolivarian Company”.

CONNECTING THE DOTS
Along with the lack of relevant evidence, which is positioned as verified data, the interview is reinforced in noting the immediate past of the source with Chavismo and closeness to President Maduro’s most intimate circle.

The informative operation, in the background, is based on the aforementioned Farrah report presented to the Center for International and Strategic Studies (CSIS), which characterizes the Venezuelan government as a “joint criminal enterprise”, typified in international law and therefore it serves as a legal figure that directs anti-Chavismo strategy towards judicial courses. All roads lead to the US Department of Justice.

The document was presented in Washington DC, by its authors Douglas Farah and Caitlyn Yates, both of IBI Consultants, a private intelligence firm. They state that “the Alliance of the Bolivarian States (ALBA) together with the FARC has merged into what we define as the Bolivarian Joint Criminal Enterprise.” It brings together representatives of movements that face the United States in El Salvador, Nicaragua and Colombia (Frente Farabundo Martí, Frente Sandinista and the FARC) along with Venezuela under the governments of Hugo Chávez and Nicolás Maduro.

The central objective of IBI Consultants was to “designate the government of Nicolás Maduro as a ‘transnational criminal organization’ or the inclusion of the country in the list of states that sponsor terrorism,” a first step in the judicial escalation that began a few years ago, through the first denunciations before the International Criminal Court, in The Hague, without anything having happened more than media noise.

Again, there is a need to connect unproven criminal acts in relation to Petróleos de Venezuela, SA (PDVSA) and its relationship with subsidiaries in the Caribbean region even money laundering by the Central Bank of Venezuela (BCV) with illegally obtained resources, the FARC and the ELN, in illegal mining businesses. All this is based on press reports and inconclusive cases brought by the US judicial system, a loose demonstration of intelligence work just to mention.

With the introduction of Figuera, they try to outline a “reliable” source to support the construction of evidence in the file that is being assembled against the political leaders of the Venezuelan State and Chavismo on the alleged links they have with organizations related to drug trafficking and terrorism allegedly.

The emphasis on the pre-produced matrix of penetration of the Lebanese political-military organization Hezbollah into Venezuelan territory and the border and mining control by the Colombian guerrillas, cement the construction, in judicial format, of an alternative path of aggression.

A SMALL TURN OF THE NUT
In the spheres of US political power there are strong questions about the methods implemented by its Juan Guaidó dolphin, which leads to politically disastrous results, to implement regime change in Venezuela. The clearest signs of discomfort are found in the recordings leaked by WaPo (again) of the meeting of Secretary of State Mike Pompeo with Zionist leaders in New York in early June, where he stated that “it has been very difficult to keep the opposition united.”

It is possible that in Washington they try to calculate new concentration routes with Venezuela to motivate a judicial mobilization against the Bolivarian Government.

With the passing weeks it becomes increasingly evident that the corruption plot recently unveiled by PanAm Post, led by Guaido’s envoys to manage funds of the “humanitarian aid” campaign that was executed on the Colombian-Venezuelan border, because the visible actors of the Trump Administration have run the line that associates them with the last prefabricated product of Voluntad Popular (IE. Guaido).

The data released by Figuera and Farrah are part of damage control due to the slow motion failure that Venezuelans and their enemies have seen during the six months of the coup under the Guaidó umbrella.

Even so, and hand in hand with the cycle of coercive sanctions, the blockade that in its most recent round has meant a precipitation in the fall of the Venezuelan oil production and, consequently, the aggravation of the economic crisis that depends mainly on extractive dynamics, does not show effectiveness in producing a break within the Bolivarian Government.

On the contrary, they have a counterproductive effect on the international image of the United States government that leaves it exposed as a destabilizing agent of the social conditions of the Venezuelan population. In the words of former diplomat William Brownfield: “It is necessary to accelerate the collapse of Venezuela.”

The combined factors influence the moment of opting for a solution aimed at incriminating the entire structure that makes up the Venezuelan State, transcending the imputations to individual figures and emphasizing the generalization of the criminal component in the connections exposed by Figuera and Farrah, professions self-fulfilled that are not verified but that, with US support, are inputs for aggression.