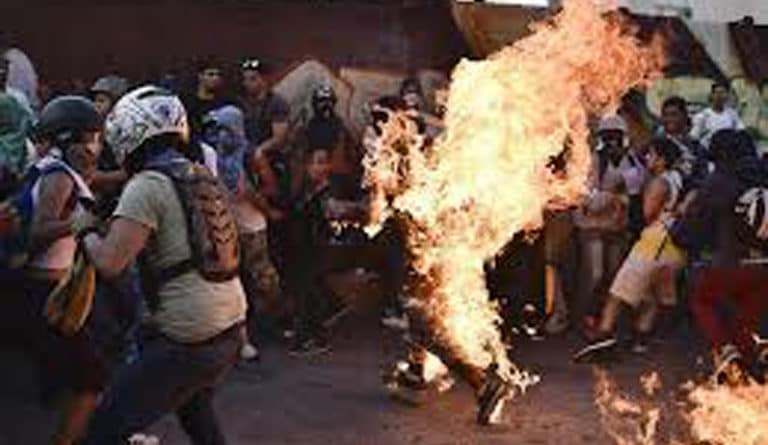 The Criminal Chamber Section 1 of the Spanish National Court, agreed to extradite Enzo Franchini to Venezuela, for being the person allegedly responsible for the murder of Orlando Figuera, as announced this Thursday by Attorney General, Tarek William Saab, on his twitter account.

Through a message published on his social networks, Saab indicated that Franchini, who is detained in Spain, is indicted in the murder of the young man who was burned alive on May 20, 2017, in the violent actions promoted by anti-Chavismo organized guarimbas, at the hands of mobs of sympathizers of the Venezuelan right.

In this regard, he noted that the handover of Franchini Oliveros to the Venezuelan authorities is due to the alleged commission of the crimes of public instigation and qualified intentional homicide and terrorism, in their order, provided for and sanctioned in articles 283 and 406 number 1 of Venezuelan Penal Code, with the due guarantees enshrined in the constitution of the Bolivarian republic of Venezuela.

Tarek William Saab also stressed that judgment No. 155-2019 of the Criminal Cassation Chamber indicates, among other aspects of the analysis, that in the documentation on the record, it is evident that the requirements of origin fully complied with the general principles that govern the matter of extradition in the Bolivarian republic of Venezuela.

“Figuera’s murder occurred in Altamira, Chacao municipality, Miranda state, where this Chavista appeared to have been stabbed and burned. This terrorist practice was repeated throughout 2017, when dozens of people were burned in the same fashion by right wing mobs, the best known case being that of Figuera,” recalled the Prosecutor.

Featured image: Enzo Franchini with green t-shirt and a biker helmet just after setting Orlando Figuera on fire for being black and “look” chavista. File photo.