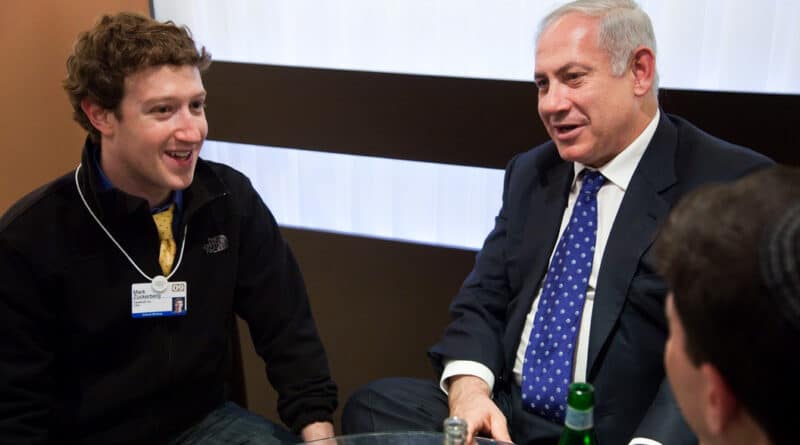 “Israel is using this for its political aim to silence Palestinians. They’re using hate speech as a political tool.” —  Alison Ramer, 7amleh

In the wake of the Capitol Hill insurrection, Facebook and Twitter finally took a principled stand against President Donald Trump by suspending his accounts. While Trump lashed out at the tech giants, media analysts condoned the move—noting stronger moderation of his and other inflammatory posts are long overdue.

Facebook, Twitter, and other social media behemoths have faced criticism over the years for allowing misinformation and dangerous incitement to run rampant on their platforms. Yet while these companies seem to fail at controlling right-wing propaganda, they’ve had no problem suppressing content on Palestine.

According to Palestinian non-governmental organization Sada Social Center, Palestinian Facebook pages saw their content’s reach dip by more than 50%, and in some cases, by more than 80%. Sada Social attributes the steep decline to coverage of Arab countries’ normalization agreements with Israel.

“Most of the pages that brought complaints to us are followed by millions of users through Facebook,” Sada Social wrote in their report. “These pages actively participated in covering the issue of Arab normalization with the Israeli occupation recently.”

The Global Campaign to Return to Palestine and Muslim Scholars were just two of the numerous Facebook pages to have their content blocked or restricted in the last month.
When pressed for an explanation about the recent removals, a Facebook company spokesperson told MintPress News:

We do our utmost to ensure that only content in violation of our Community Standards is removed. Where mistakes are made, due to human or technical error, the content is restored. The Global Campaign for Return to Palestine page was unfortunately removed due to an error – it has now been restored. We were not trying to limit anyone’s ability to post or express themselves.”

In response to the increasing censorship, The Palestinian Content Protection Initiative—a group of media outlets, activists, and journalists working to defend Palestinian content online—called for a two-hour boycott of Facebook on Jan. 9.

“The administrations of social media websites have been pursuing, targeting, and restricting the publishing and access of Palestinian pages and accounts, and in full coordination with the Israeli occupation government,” the Initiative said in a statement. “As a result, Palestinian media have been restricted, and were unable to convey their national message.”

Under the guise of hate speech, Facebook cracks down on content often related to certain keywords such as “Hamas” or “Zionism,” Alison Ramer, International Relations Manager at 7amleh – The Arab Center for the Advancement of Social Media, explained.

“A lot of times this is done through artificial intelligence, which the companies are really being pushed to use under increasing pressure from governments and the public to respond to hate speech,” Ramer said.

But it’s not just automatic processes that are determining what’s permitted on social media. According to a 2020 7amleh report, the Israeli government has orchestrated a systematic campaign through Facebook to ensure content related to the Palestinian cause is removed.

“The Israeli Minister of Justice, Ayelet Shaked stated that ‘Facebook, Google, and YouTube are complying with up to 95% of Israel’s requests to delete content that the Israeli government says incites Palestinian violence.’ This shows a significant focus on Palestinian content and efforts to label Palestinian political speech as incitement to violence,” 7amleh wrote.

These requests are done through the Ministry of Justice’s Cyber Unit, which was established in 2015. Even Facebook’s own personnel appear to be in bed with Israel. Currently, Emi Palmor, Israel’s former Justice Ministry director-general, sits on Facebook and Instagram’s Oversight Board — a committee responsible for content moderation.

Additionally, governmental and non-governmental organizations are urging citizens to report Palestinian content. “Several of these organizations — dubbed “GONGOs” (government-operated NGOs) — are working to conflate criticism of Israel and anti-Zionism with anti-Semitism and hate speech and have designed strategies to manipulate social media algorithms with the support of online trolls,” 7amleh wrote.

These efforts not only remove Palestinian content but elevate smear campaigns against Palestinians. As Facebook works diligently to remove white supremacist content, Ramer acknowledged that it leaves hate speech directed toward Palestinians on its site.

“7amleh has documented hate speech directed toward Palestinians in Hebrew, which we have seen left online for many years, while legitimate political speech critical of Israel is being flagged as hate speech and censored,” Ramer said. “We know that the Israeli government and government-supporting NGOs are pushing for tech companies to adopt the International Holocaust Remembrance Alliance definition of anti-Semitism, which is leading to increasing censorship of Palestinians and human rights defenders.”

According to Ramer, pressure from the Israeli Lobby is the motivating factor in restricting Palestinian content.

“There’s pressure on Facebook to expand the definition of anti-Semitism, and we know that the intention of this is to censor those critical of Israel, Palestinians and human rights supporters. And this, obviously, can have a large impact on the development of many other tech companies’ policies,” Ramer said.

Facebook is the most popular social media platform for Palestinians, but it’s not the only one restricting their content.

YouTube has been accused of violating Palestinian digital rights as well. Research from 7amlehdetails that the video-sharing platform uses hyper-surveillance tactics referred to as “locative discrimination” to monitor content coming from Palestine.

According to their findings, Palestinian YouTube user Ahmad conducted an online experiment to see if the removal of his content was due to his location:

“This simple test showed that content that’s being uploaded in the Palestinian Territories is being treated differently than the content uploaded by Western countries,” 7amleh’s Ramer said. “These policies are discriminatory and overly surveying and censoring Palestinians.”

Ramer emphasized that tech companies should not be the decision-makers regarding freedom of expression. Yet because they control these communication channels, they are ultimately tasked with monitoring what is shared—and Israel is taking full advantage of that.

“Israel is using this for its political aim to silence Palestinians. They’re using hate speech as a political tool,” Ramer said, clarifying that what’s happening not only blacks out Palestinian issues but the global conversation on human rights as a whole.

“This won’t just silence Palestinians, but it’ll silence human rights defenders, and it will show other governments how to use hate speech to silence and censor people.”

Jessica Buxbaum is a Jerusalem-based journalist covering Palestine, Israel and Syria. Her work has been featured in Middle East Eye, The New Arab and Gulf New