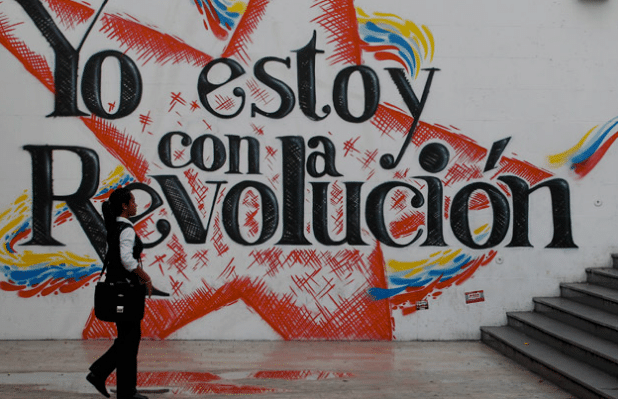 On January 5, 2021, the newly elected National Assembly took its seats in Caracas, Venezuela’s capital. That day, the Lima Group released a statement, most of its members saying that they did not recognize the legality of the assembly. They called upon countries around the world to “disregard” the assembly and to recognize instead the leadership of a former member of the assembly, the US-backed puppet politician Juan Guaidó.

The tensions in Venezuela are a part of a shifting geopolitical landscape, where US imperialism and Venezuela’s Bolivarian Revolution are engaged in a constant tussle. To gain a better insight into this complex scenario, I interviewed George Ciccariello-Maher. He is a Visiting Associate Professor of Global Political Thought, Vassar College; Visiting Scholar, Decolonizing Humanities Project, College of William & Mary; Co-editor: Radical Américas, and author of three books – Decolonizing Dialectics, Building the Commune: Radical Democracy in Venezuela and We Created Chávez: A People’s History of the Venezuelan Revolution.

Yanis Iqbal (YI): How have the politico-economic effects of the Bolivarian Revolution impacted the 2020 legislative elections? Were they one of the contributory causes behind the victory of the Great Patriotic Pole (GPP)?

George Ciccariello-Maher (GCM): Venezuela is a country deeply marked by the Bolivarian Revolution and its legacies – despite all obstacles and the painful difficulties of the present, Venezuela is a country with a conscious people dedicated to resisting imperialism and building a world of socio-economic equality. The 2020 legislative elections were yet another moment, however complex and muted, in that struggle, and the victory of the GPP provides some, albeit not much, breathing room for revolutionary forces to regroup. The task is to reinvigorate grassroots alternatives to the Venezuelan state, radical communal democracy and socialist production as an alternative to both global capitalism and party elites.

YI: Why did the non-abstentionist opposition fail to gain votes?

GCM: The Venezuelan opposition has always been a comedy of errors, lacking an alternative political program and divided between abstention and participation. They abstain because they cannot win and cannot win because they abstain, with abstentionists dooming those who do run in elections to easy defeat. The Venezuelan opposition is not popular, and divided even less so.

YI: Is there any support for the Guaidó-led, coup-mongering faction of the Venezuelan opposition?

GCM: Given the context of the profound economic crisis and persistent political stalemate, no political force in Venezuela can claim majority support today, as approval ratings for Nicolás Maduro and opposition leaders demonstrate. But even by this measure, Guaidó is exceptionally unpopular – his only claim to fame was leading a string of coups, and he has failed dismally at that, with his shine even more tarnished by a string of corruption allegations.

YI: How has the US blockade thwarted Hugo Chavez’s socialist project?

GCM: The Venezuelan economy has been absolutely devastated by the blockade, which has made it difficult for Venezuela to produce oil and even to sell what oil it does produce on the global market. The US government has sadistically blocked Venezuelan access to financial markets and even financial transfer mechanisms in a way that has had direct impact on human lives. Early estimates set the death toll of the first wave of Trump sanctions at least 40,000 dead, and later, more severe sanctions have undoubtedly claimed many times more lives.