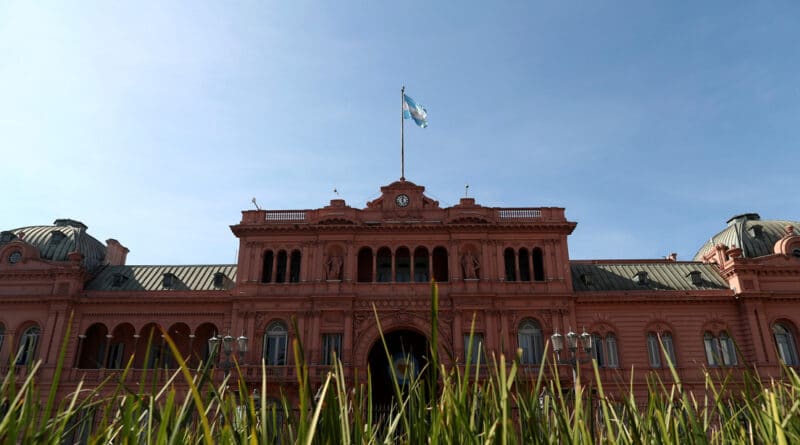 The Casa Rosada rejects the idea of ​​an “extra-regional intervention” in Venezuela, supports the call for elections, and recalls that the opposition deputy “never had the effective exercise of the Government.”

The Ministry of Foreign Affairs and Worship of Argentina did not endorse the latest statement of the Lima Group on Tuesday, in which 14 countries expressed their “rejection” of the holding of parliamentary elections in Venezuela.

Through a communique, the Foreign Ministry clarified that Casa Rosada does not share the position adopted by the conclave, hostile to the government of Nicolás Maduro, and reiterated that it does not recognize the opposition deputy Juan Guaidó as the highest authority of the South American country, since “he never had the effective exercise of the government of the Bolivarian Republic of Venezuela, ” says the communique.

The portfolio headed by Minister Felipe Solá also expressed concern over the “call for extra-regional intervention,” since “it does not correspond to the seriousness of the problems or the type of challenges facing Venezuela.” In this sense, Argentina points out that this course of action could generate “a precedent with unpredictable consequences for Latin America and the Caribbean.”

In relation to the parliamentary elections, the Government of Alberto Fernández advocated for it, and maintained that it trusts “the great democratic vocation of the Venezuelan people.” “We believe that only through electoral channels can a consensual and inclusive route be established in a peaceful and rational manner to resolve political differences in Venezuela, respecting its Constitution,” the statement said.

On the other hand, the Casa Rosada expressed that it shares with the international community the “deep concern about the situation of human rights violations and urges the Venezuelan government to investigate, prosecute and punish those responsible.” At the same time, it expressed its support for the work of the United Nations High Commissioner for Human Rights, Michelle Bachelet, who since 2019 has analyzed a series of complaints and has been working with the Venezuelan government for the last thirteen months towards the opening of a permanent office in Caracas.

According to the Declaration signed by the Lima Group the elections, scheduled for December 6, do not have “democratic guarantees.” But they do not specify what those guarantees are taking, considering that Maduro’s administration has made several important political gestures in recent months in negotiations with opposition leaders in Venezuela.

In that document, in addition, the group “renews” its support for Guaidó as “interim president” of Venezuela, despite the fact that the politician will lose the investiture of legislator after the parliamentary elections scheduled for December 6, as established by the Venezuelan Constitution.

Tension in Buenos Aires over foreign policy
Last week, Argentina cast a vote against Venezuela in the UN Human Rights Council (UNHRC), a decision that had a political impact both outside and inside the country.

Abroad, the Minister of Foreign Affairs of Venezuela, Jorge Arreaza, regretted that the Peronist administration allowed itself “to be carried away by the interventionist and hostile pretensions of the Lima Group .”

The proposal that Argentina supported proposed the extension for two years of an independent UN fact finding mission -which has already been questioned by Caracas- in Venezuela, to monitor the issue of human rights.

However, Buenos Aires did not support the other resolution -put forward by Iran, Syria, Turkey and Venezuela – which sought to strengthen cooperation between the Office of the High Commissioner for Human Rights with Caracas. Contradictorily, both proposals were approved by the UNHRC.

Internally, this vote generated a conflict in the Government in Argentina, since the toughest wing of Kirchnerism did not agree with the voting. So much so that the Argentine ambassador to Russia, Alicia Castro, decided to resign to her post due to her disagreement with the “foreign policy” of Buenos Aires.