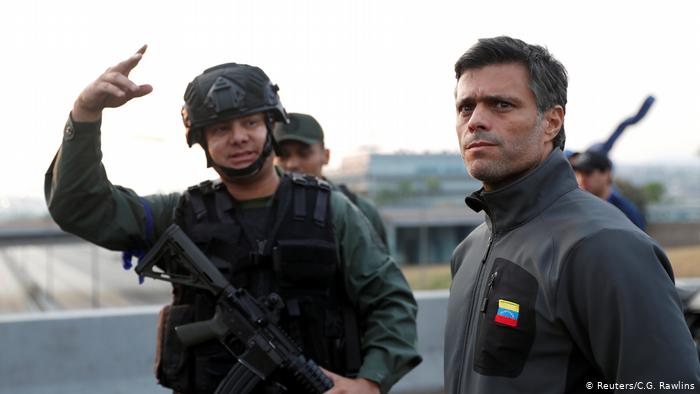 This weekend it was learned that the rent of the luxurious residence where the fugitive from justice Leopoldo Lopez lives in Madrid, near El Retiro, is €10,000 per month.

Last Saturday, Spain’s ABC newspaper reported the high five-digit figure, revealed through sources after the deal was closed for the rental of the property with the Engel & Völkers agency. The agency is one of the most sought-after in Europe and has provided its services to the royal family of Spain on several occasions.

RELATED CONTENT: The Gruesome and Unfortunate History of the Term ‘Leftover’

The residence of López, founder of the political party Voluntad Popular—defined by the prosecutor Saab as a “criminal organization”—is located in a stately white building in Príncipe de Vergara a few minutes from Retiro, where he has lived comfortably and peacefully for three months after fleeing Venezuela through Colombia, reported the Spanish newspaper.

The news caused an immediate impact on social media networks, as his followers questioned his ostentatious tastes. López has been a fugitive from Venezuelan justice since April 30, 2019, the day on which, after the failure of the coup that he organized with Juan Guaidó, he chose to go to the Spanish embassy in Venezuela, from where he escaped with the collaboration of the diplomatic representatives of the Iberian nation. He now lives a life of luxury in Spain, where local tabloids cover his daily movements as if he were a movie star.

This Monday, the president of the National Assembly (AN), Jorge Rodríguez, asked the comptroller general of the Republic to investigate the resources used by the Venezuelan opposition during the time they occupied the National Assembly. He added that this Tuesday the issue will be debated by the Commission appointed for it.

“Tomorrow at the AN we will discuss how it is possible that Leopoldo López can rent a home in the most expensive neighborhood of Madrid,” commented Rodríguez. “ABC says it, I’m not saying it.”