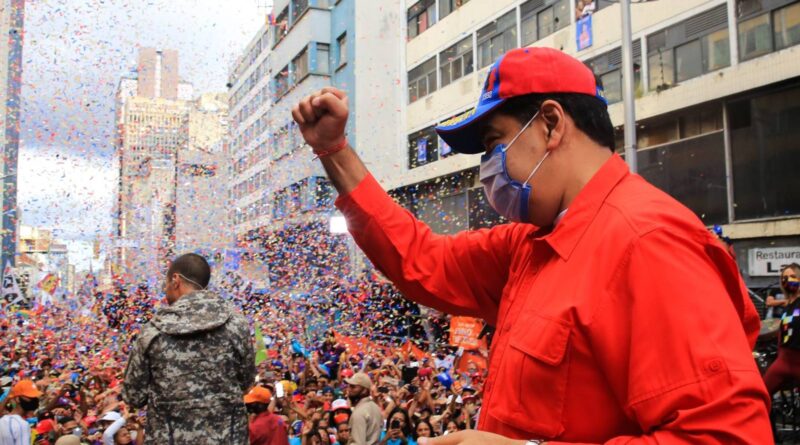 According to the latest report of the National Electoral Council (CNE) of Venezuela, released Wednesday, December 8, the ruling Chavistas of the PSUV/GPP gained 91 percent of seats in the National Assembly (AN, parliament), or 253 of the 277 seats contested in Sunday’s election.

At 5 pm the electoral referee’s website posted an update of the results of the legislative elections held last Sunday, in which more than six million Venezuelans went to their voting centers to choose their new legislators.

This latest report awards 274 of the 277 seats, and leaves 21 seats for opposition parties: 11 for Democratic Action (AD), three for Avanzada Progresista (AP), three for El Cambio, two for Primero Venezuela, one for Copei and one for the Communist Party (PCV). Three seats have yet to be determined.

Boycotted by the opposition and highly criticized by the United States, the European Union, and several Latin American countries that promote an illegal regime-change operation pushed by Washington, the elections were won by the alliance of parties that support Maduro, whose government is recognized by the majority of countries of the world and by the United Nations. 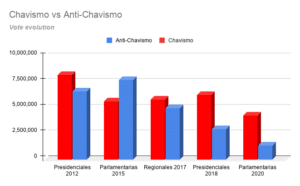 The opposition—which until now had a majority in the National Assembly—called for abstention to preserve their destabilization approach, promoted by the United States, and leaving them no political option other than calling for a military intervention. The voter turnout for the election was 31 percent, very similar to parliamentary elections held recently in Romania and Jordan. The level of participation this year was better than the one recorded in the 2005 parliamentary elections (25 percent) though.

Many Chavista analysts have call for a debate to analyze a drop in votes for the PSUV/GPP, that went from 6,245,862 in the 2015 parliamentary elections to 4,277,926 this year, a 31.5 percent drop. But an analysis made by Orinoco Tribune of opposition votes in the same two elections—using Wikipedia as a source—reveals a far worse performance by anti-Chavismo: a 54% drop in the number of votes they secured.