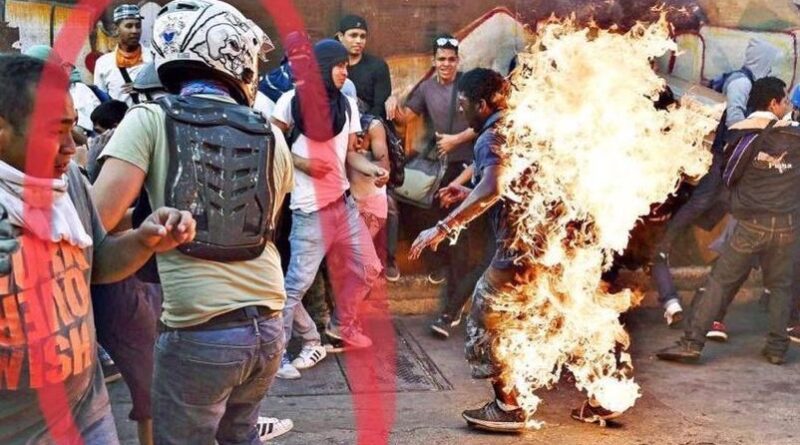 The Spanish Justice rejected this Wednesday the extradition of the Venezuelan Enzo Franchini Oliveros, who is requested in Venezuela for his participation, during the 2017 guarimbas, in the criminal action, where a group of people stabbed and burned alive 22-year-old Orlando Figuera, under the accusation of “being Chavista.”

The ruling issued by the Spanish National Court revokes the sentence adopted in June that ordered the extradition of Franchini on whom audiovisual evidence weighs that points at him as the material author of this action that resulted in the death of Figuera as a consequence of a cardiopulmonary arrest due to the collapse that registered his body after being stabbed six times and suffering for several days second and third degree burns in 54% of his body.

According to the EFE news agency, this judicial overturn, promoted by three magistrates, arises under the argument of understanding “the rational fear” of the accused, who alleged that in Venezuela his “fundamental rights” could be affected.

They also acknowledge the absence of evidence that indicates a possible political persecution against Franchini by pointing out “the lack of data that allow us to conceive a special significance of the accused as an opposition political leader of the current Venezuelan government.”

Prior to this ruling, the first section of the Criminal Court of the National High Court agreed to extradite Franchini considering that all the requirements were met and after ruling out a motive of political persecution by not “glimpsing any element”, it stressed the importance of guaranteeing the application of justice against Franchini given “the connotation of the crime.”