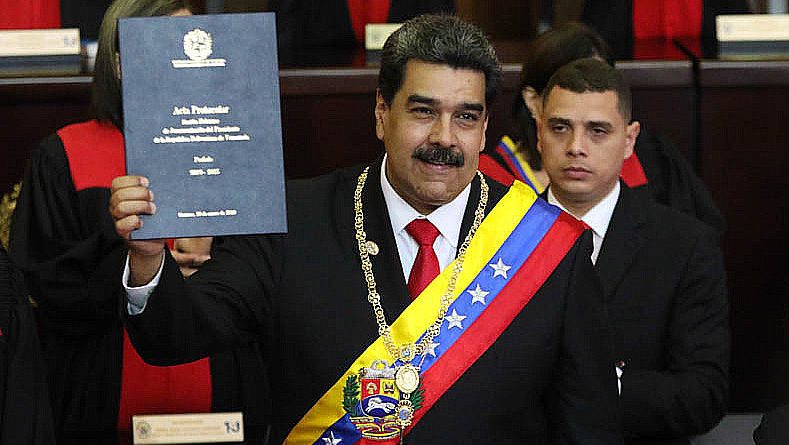 By Frederick B. Mills

Over the past month, ruling elites in Ecuador and Chile as well as the Secretary General of the OAS, Luis Almagro, have been warning that the specter of the President of Venezuela, Nicolás Maduro, is behind rising anti-neoliberal sentiments throughout the region. A continental-wide effort of the right is trying to avoid recognition of the actual deep social and economic inequalities afflicting the population and the clear responsibility of the neoliberal political class for these maladies.

For example, on October 8, President Lenín Moreno blamed Rafael Correa and Nicolás Maduro for the protests in Ecuador:

“The satrapy of Maduro has activated along with Correa their plan of destabilization. They are the corrupt who . . . are behind this coup attempt and are using and instrumentalizing the indigenous sectors; taking advantage of their mobilization to sack and destroy everything in their way.”[1]

Within days of this statement, it became evident that the deployment of brutal repression by Ecuadoran security forces only further galvanized the popular uprising. It also became increasingly clear that this was a broad based movement in response to Moreno’s imposition of the International Monetary Fund’s (IMF) adjustment policies at the expense of the large majority of constituents. So Lenín Moreno, in a dramatic about face, dispensed with conspiracy theories and addressed the nation with some contrition, promising to repeal the decree removing gasoline subsidies and to engage in dialogue with various sectors clamouring for economic reforms. His tone was now conciliatory:

“This is how to struggle for peace: talking. A transparent roundtable of dialogue, with nothing to hide! Everything before the eyes of compatriots.” (Tweet, Oct. 13, 2019)[2]

On October 16, despite Moreno’s own change of posture, a statement was issued by the Organization of American States (OAS) General Secretariat resuming the charge against Maduro and adding Cuba for good measure:

“The crisis in Ecuador is an expression of the distortions that the Venezuelan and Cuban dictatorships have installed in the political systems of the hemisphere. However, what recent events have also shown is that the intentional and systematic strategy of the two dictatorships to destabilize democracies is no longer as effective as in the past.”[3]

Although there was no evidence for these accusations, we could expect no less from OAS General Secretary Luis Almagro, a fanatical anti-Chavista who has been scouring the hills for communists while undermining the multilateralism of the Washington-based OAS.

In Chile, a similar scenario has been unfolding. After several days of mass demonstrations and brutal repression by the security forces, President Sebastián Piñera went on national television surrounded by military leaders and issued an ominous warning to the nation:

“We are at war against a powerful enemy, implacable, that does not respect anything or anyone and is prepared to use violence and delinquency without any limit, and that is ready to burn our hospitals, metro, supermarkets, and the only purpose of causing the most damage possible.” (Oct. 20, 2019)[4]

Given Piñera’s antipathy for President Maduro, this was likely an allusion to the Chavista government in Venezuela[5], as confirmed by his Foreign Minister Teodoro Ribera, who used Twitter to denounce the “intervention of dictator Maduro.”[6] While calling Maduro a dictator, Piñera’s declaration of war against his own people literally brought back the repressive machinery of the Pinochet dictatorship, including the infamous Carabineros and torture centers, and multiplied the indignation of a broad based citizen’s resistance.

Conservative politicians in Chile and overseas quickly backed conspiracy theories to blame a foreign enemy, including the Russians, a claim made by the U.S. State Department diplomat Michael Kozak.[7] The foreign intervention theory was also supported by right-wing leaders in Argentina, like Miguel Ángel Pichetto, VP candidate with Mauricio Macri[8], and Venezuela, with Juan Guaidó´s operative, Julio Borges, denouncing an “international destabilization strategy” designed by Cuba and Venezuela.[9]

On October 25th, the OAS doubled down on this conspiracy theory in the case of Chile, releasing another press statement accusing again the Venezuelan and Cuban governments of intervening in the social unrest.[10]

The conservative media in Chile also played a role. La Tercera was obligated to correct false information it had published on its front page, accusing imaginary “Cuban and Venezuelan immigrants” of being the instigators and actual perpetrators of the fires that destroyed some metro stations and trains.[11] The outrageous accusations were dismissed by the judicial investigators,[12] and criticized by several sectors for how such unsubstantiated allegations could negatively impact the growing immigrant community in the country.

Just days after this new OAS declaration, as the blood of protesters stained the streets of Santiago by the hands of military troops and police forces, Piñera asked the nation for forgiveness for his “lack of vision.” A million people[13] demonstrated in the streets of Santiago on a historic October 25th to once and for all refute the conspiracy theories. The giant peaceful march, the biggest since the end of Pinochet’s dictatorship, provided a strong voice for significant reforms to address the extreme inequality in Chile and the permanent economic suffering of most of the population. Piñera said:

“It is true that the problems have accumulated over many decades and that the distinct governments, neither they nor we were able to recognize the magnitude of this situation.” (Oct. 23, 2019)[14]

Three days later, with mounting casualties from his “war,” Piñera asked his cabinet to proffer their resignations.[15] In the end, it was not Maduro or Cuba, but the erosion of the quality of life of millions of Chileans that inspired the uprising and calls for a constituent assembly.

The actual enemy is inequality

In short, once it became undeniably clear that these were home grown popular uprisings in Ecuador and Chile, the same leaders who blamed Maduro and declared war on their own people abruptly changed course, calling for dialogue to save their own skins, demobilize the massive outcry, and offer piecemeal instead of structural reforms of failed neoliberal economic models.

Scapegoating Maduro and other leftists for the epochal changes underway in Latin America and the Caribbean belies the social-historical-economic contexts of push-back against neoliberalism in the region. The election of Andrés Manuel López Obrador in Mexico (July 2018); the re-election of President Evo Morales in Bolivia (October 21, 2019), the election of Alberto Fernández in Argentina (October 27); the first round lead in Uruguay’s presidential election by Daniel Martínez (October 27); and the loss of Uribistas in local elections in Colombia (October 27) have not been procedures hatched in Caracas, but signals a growing public rejection of IMF mandated adjustment policies and a desire for economic models that put people’s needs before private accumulation.

The same anti-neoliberal and decolonizing sentiments driving these recent electoral victories of the left have inspired uprisings in Haiti, Ecuador and Chile, and protests in Honduras and Panama. It appears that announcements of the ebb of the pink tide, by intellectuals across the political spectrum, were premature. Despite the imposition of the Monroe Doctrine by Washington, the attacks on progressive governments by the Lima Group, and the extreme right wing partisanship of the Secretary General of the OAS, conservatives have not consolidated their hold on the continent; on the contrary, they have demonstrated the failure of the neoliberal economic model.

The comic legend of “Super-bigote”

The conspiracy theory that blamed Maduro for the epochal change sweeping the Americas quickly gave rise to comic relief, as the legend of the power of super-bigote (referring to Maduro’s prominent mustache) to topple governments, spread through social media, with comic-book and video depictions of Maduro exhibiting his super powers.[16]

Maduro, for his part, has taken the claims about his great power to move millions of people to rebellion with good humor:

“Yesterday President Lenín Moreno said that what was happening was my fault, that I move my mustache and overthrow governments (…) I am thinking about the next government I can overthrow with my mustache, super mustache.” (Oct. 8)[17]

So the legend of the super-mustache will go down in history as a joke, but one that was used to justify crimes against unarmed demonstrators in Santiago and Quito. This will not stop the neoliberal ruling elites, however, from continuing to propagate this conspiracy theory as part of regime-change propaganda against Caracas.

While the anti-neoliberal tide rising throughout the Americas cannot be credited to the movement of Maduro’s mustache, there is no doubt that a “bolivarian breeze,” perhaps even a “hurricane” is indeed being felt across the continent. But this breeze is not limited to politics in Caracas. It is present wherever people are resisting recolonization and keeping alive the dream of the Patria Grande.

[7] “The Russians are meddling again, this time in Chile, warns US diplomat.” https://www.rt.com/news/471945-russian-interference-chile-protests/

[10] “Statement of the OAS General Secretariat on the situation in Chile”. https://en.mercopress.com/2019/10/25/statement-of-the-oas-general-secretariat-on-the-situation-in-chile 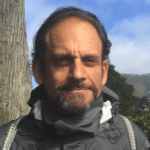