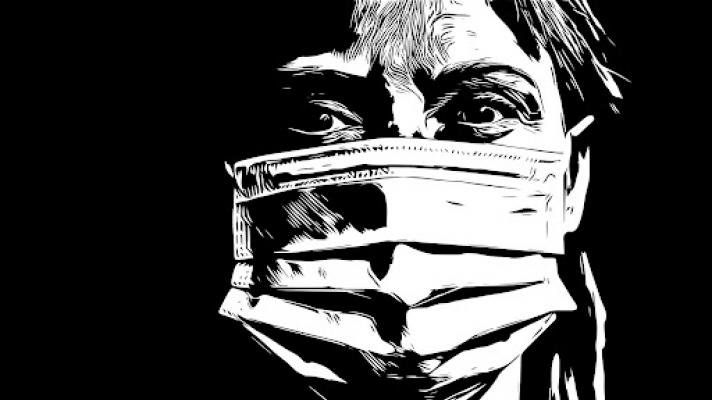 Without a doubt, the global pandemic of covid-19 has had a devastating impact on the economy and, consequently, on the population. Its appearance has accelerated a systemic crisis that was already underway, and has brought to light the need for an urgent change in the dynamics of relations imposed by the capitalist system.

Although at the beginning of the pandemic many hopeful people believed that it would be an opportunity for a paradigm shift to occur, what we have seen until then has been a deepening of barbarism in which the common denominator has been the domination of the most powerful, a practice that was evidenced, for example, by the monopolization of vaccines by the richest countries.

Increasing poverty, inequality and individualism, as well as growing uncertainty about a bleak future, are all scenarios that have deepened with the arrival of the pandemic. But the usual victims of this system imposed by the West are also on the rise: women and children, who, according to the logic of capitalism, are the weakest links in this chain of barbarism.

According to Oxfam data, every year millions of people have difficulties in obtaining food and some even die of hunger, a situation that has worsened due to the emergence of covid-19, aggravating global poverty that “disproportionately affects women and girls, who, in addition, often have to expose themselves to enormous risks in order to obtain food. They are also the ones who usually eat the least, and the last to do so”.

The international confederation, which, because it brings together various NGOs, continues to issue reliable data, maintains that the situation of women is much more complicated in countries where armed conflicts and displacement are taking place, so that they have been forced to abandon their jobs or are unable to work during the planting season due to the spiral of violence.

“Current levels of malnutrition are unprecedented, with more than one million pregnant and lactating women and 2.3 million children under the age of five experiencing acute malnutrition,” Oxfam says, noting that one in three women go hungry as a result of war or conflict in their countries. It can be inferred that these nations are on the fringes of the global South.

If it was already difficult to get food amid Western-driven wars in countries like Syria and Yemen, the pandemic added another degree of difficulty to that situation.

“We have been trapped in our village for almost three years. We lost our crops and all our savings, and we had to sell livestock to survive. How would you feel if the only food you can offer your children is a plate of cooked herbs? Going to bed on an empty stomach is now normal for me,” says Lena, a 32-year-old mother of three in southern Syria, reports Oxfam.

It also says that three in five people (or 12.4 million people) are now acutely food insecure in Syria, an 88% increase over last year, one of the highest in the world.

The organization notes that in Syria, the war has caused more and more women to become the main breadwinners for their families, with their meager incomes barely enough to cover their families’ expenses.

“According to a study conducted by Oxfam, female-headed households were among the hardest hit by hunger: they have significantly reduced their food consumption and have been forced to skip meals. Some families have had to resort to child marriage to cope and survive.

Climate change also creates difficulties for women
Just as the West is responsible for most of the armed conflicts that make life on the planet even more difficult, especially for women, so too the predatory model promoted by the West has an impact on the environmental crisis that is accelerating hunger in the world this year, a crisis that has worsened with the onset of the pandemic and the war.

Increasingly frequent storms, floods and droughts have destroyed entire farms and crops, diminishing food production. Global warming is an unavoidable reality for those involved in agriculture, especially those who subsist on planting.

“The last seven years have been the warmest since records have been kept, especially 2020,” says Oxfam.

“I have been farming all my life,” says Alizeta Sawadogo, 55, reports the NGO conglomerate whose motto is “working with others to fight poverty and suffering.” Sawadogo used to grow cereals, but her production has been reduced due to low rainfall and long periods of heat.

The challenge for Burkina Faso is trying to cultivate the land at 50°C and with recurring droughts all year round. However, this population, which depends on agriculture, has no other alternative to feed itself: it is a question of survival.

Violence and inequality against women increased during the pandemic
As soon as the global pandemic of covid-19 was declared, it was already clear that gender inequality would increase. This is due, in the first place, to the fact that in the face of the systemic crisis and the scarcity of everything, what would prevail was barbarism and the dispute for the few available resources.

In effect, there was a regression of women’s rights, especially those in situations of poverty and vulnerability. “We feared that the crisis would reverse the gains made in the past and, one year on, our fears have been realized,” warns Oxfam in an article describing five reasons why women and girls are the worst affected by the pandemic.

But as we have said before, what the pandemic did was to highlight and advance the crisis of a system in decline. And it is not only a health and economic crisis, it is the deepening of the barbarism that is projected through exclusion on the basis of race, gender and class.

“This discrimination is perfectly avoidable, and must be stopped,” they say.

Can exclusion and discrimination be ended within a system that promotes competition and the struggle for survival? It is difficult for the current system to generate another logic in the cultural dynamics that prevail in the world today.

An example of this is that, with the arrival of the pandemic, the loss of jobs during this period has disproportionately affected women, which represents a setback in terms of demands achieved through years of struggle. This is demonstrated by statistics from several countries.

According to the Economic Commission for Latin America and the Caribbean (ECLAC), the covid-19 pandemic generated a setback of more than a decade in the levels of labor participation of women in the region.

A February report this year, entitled Women’s Economic Autonomy in Sustainable and Equal Recovery, revealed that:

The other side of this reality is that in many cases women and girls were circumstantially locked up with domestic aggressors and were exposed to situations of violence.

Restrictions on the free movement of people as a result of the pandemic meant that support services for women and girls suffering violence “were greatly affected by the reduction in both prevention and protection initiatives and social services,” Oxfam points out.

(Un)paid domestic work
It should also be noted that paid domestic work, which is characterized by high precariousness and the impossibility of being performed remotely, has been one of the sectors hardest hit by the crisis resulting from the pandemic.

“It is urgent to promote inclusive digital transformation processes that guarantee women’s access to technologies, enhance their skills and reverse the socioeconomic barriers they face, in order to strengthen their economic autonomy,” said Alicia Bárcena, Executive Secretary of ECLAC, in view of the inequality that exists in remote employment.

RELATED CONTENT: Indian Women on an Arduous Road to Equality

It is also worth noting that, in addition to remote employment or teleworking, there is also an overload of domestic work, which often falls on women and is not recognized, causing silent and systematic exhaustion.

“Confinements have slowed down the market economy, but they have skyrocketed the volume of unpaid care work. Even before Covid-19, women and girls spent 12.5 billion hours a day in unpaid care work. Oxfam’s research shows that confinement, illness and school closures have greatly increased this burden, which is borne mostly by single mothers, women living in poverty, and groups discriminated against on the basis of race and ethnicity,” says Oxfam.

On the front line
In addition to being responsible for finding resources, buying and cooking food for their families, women have played a decisive role during the pandemic.

In the case of the region, they are a crucial part of the first line of response to the pandemic. The ECLAC study reveals that “73.2% of those employed in the health sector are women, who have had to face a series of extreme working conditions, such as long working hours, which add to the greater risk to which health personnel are exposed of contracting the virus”.

This percentage more or less coincides with that of Oxfam, which states that, worldwide, “women make up 70% of the personnel working in the health and social care sectors, and they are also in the majority in domestic work”, jobs which, according to the organization, have long been undervalued and underpaid.

In this way it is understood that women, girls and boys are exposed to the turbulences generated by the capitalist system, which places them, together with other weak links according to its logic, at the center of the hurricane.

Featured image: Women have borne the brunt of hunger and inequality during the pandemic (Photo: Marek Studzinski / Pixabay)