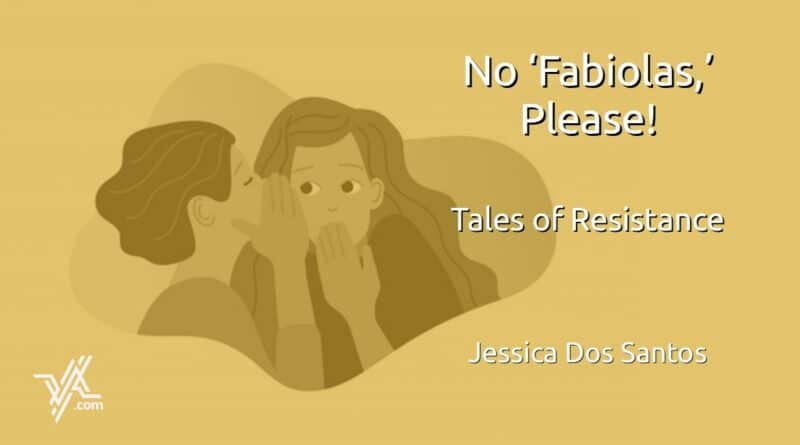 When I was in high school, I found out there was an easy way to trigger a resolution for issues or conflicts that were simmering and I did not know how to address.

All I had to do was “confide” in this girl Fabiola, tell her everything to the last detail, cry if possible, and finish the tale with a determined plea: “girl, for the love of God, I beg you, don’t tell anyone about this!”

This basically ensured that the next morning the whole place would be caught up on the issue and a few hours later there would be progress or a resolution, whatever it may be.

As the years went by, I came to realize this trick was quite common. A former boss used it to fire a co-worker of mine, a neighbor used it to have a woman know that she was sleeping with her husband. The same happened to several Venezuelan politicians, who begged journalists not to reveal this or that “confidential information” with the clear intention of turning it into a headline. In fact there’s an ever more common cycle whereby unofficial information (in other words, a rumor) grows louder until it is finally confirmed.

Nevertheless, what we have witnessed in these past few weeks has gone far beyond these practices. Venezuelans of all stripes have taken to Twitter to get their views and decisions “out there,” with special emphasis on those of a political nature.

In the same vein, President Nicolás Maduro has taken to using his official televised addresses to respond to any and all arguments out there. As I listen to him, I recall my old public opinion college professor carrying her little Mark Knapp book under her arm and telling me: “if something is not relevant, ignore it, and wait for it to fade on its own.”

At the end of the day, no one is forced to comment on everything. In fact, in so doing, issues can be brought to the limelight when there is no need for it.

Now, if we’re talking about a really important topic, like the widespread rejection of the recently approved Anti-blockade Law on Twitter, we have to own it. Take the debate from social media to a more proper setting, but without pitting one against the other, without unnecessary character attacks or dismissing those who think differently.

With so many tools at hand to understand what the people think, it’s a shame that the government tries to wriggle out by searching for the first available “Fabiola” to then suppress the debate by framing the issue as simply “good versus evil.” And evil here is not just the Venezuelan right-wing, but also the US Empire, Elliott Abrams and any other official responsible for the blockade against the country.

As a result, many [Chavista] Venezuelans (and foreigners who support the project) believe that if they don’t agree with the official position they’ll be instantly crucified for siding with the devil, and thus they will be barred from heaven and wiped from the history books, because that is the fate reserved for “traitors.”

Everyone, or pretty much everyone, agrees that we need to fight against the US blockade, but that does not mean that any idea will succeed in doing so. Neither does it mean we should stop worrying about individuals who use the blockade as a cover for their business endeavors. As such, it’s not so wrong to question the confidentiality [of the Anti-blockade Law], even less so after knowing about the corruption cases that have plagued the revolution and state oil company PDVSA.

All of a sudden, it seems like the palette ran out of colors, and even between black and white there are no tolerable gray tones. Figures with an unquestionable commitment to the Bolivarian Revolution have been ruthlessly vilified just for expressing their opinion. Some inevitably start hearing the common law enforcement saying that anything we say can and will be used against us. Better to stay quiet, then.

I know lots and lots of people who say something publicly and something completely different in closed-door meetings. You know, “we have to be careful” and even more so in the run-up to the parliamentary elections. Even I find myself engaged in this “self-censorship” exercise, imagining the different ways in which things can be misinterpreted and used to attack me.

And sure, we know the danger is real and we cannot give the enemy any more weapons. But amidst our own ranks, we need to be able to tackle the contradictions with no “Fabiolas,” no insults, and no dishonesty when it comes to arguing or refuting something. We need to trust the people’s opinions.

Furthemore, in Venezuela we discuss everything. Every tiny detail becomes a family, neighborhood or community debate. We are a politicized people with no fear of expressing opinions. When I was a kid, I remember people scattering in fear at the sight of a journalist with a microphone on the street. Now, when it’s my turn to canvas opinions, people swarm and scream “what about me? Ask me!” especially if they want to disagree with what the previous person just said.

That’s the way we are. We cannot and should not become the girlfriend/boyfriend who is afraid of saying something because “what if he/she thinks I no longer love him/her? What if I’m misunderstood? Or doubted? What if it looks like I’m going out with someone else?” If we sow silence we will reap frustration. Let us debate with respect, good faith and from a place of love, but debate nonetheless!

Jessica Dos Santos is a Venezuelan university professor, journalist and writer whose work has appeared in outlets such as RT, Épale CCS magazine and Investig’Action. She is the author of the book “Caracas en Alpargatas” (2018) and a university professor. She’s won the Aníbal Nazoa Journalism Prize in 2014 and received honorable mentions in the Simón Bolívar National Journalism prize in 2016 and 2018.