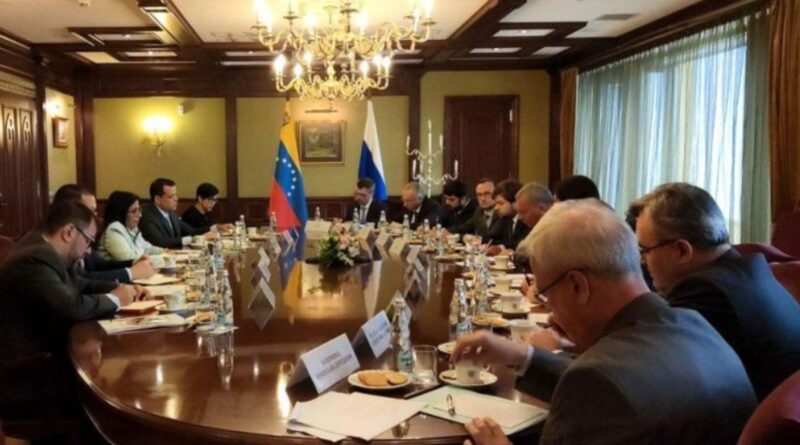 A Venezuelan delegation headed by the Vice President of Venezuela, Delcy Rodríguez, is already in Russia to present the details of the Anti-Blockade Law and how it will aid “the development of the country.”

According to a press release published on the website of the Venezuelan Vice Presidency, the delegation is also made up of the Attorney General Reinaldo Muñoz, the Minister of Science and Technology Gabriela Jiménez, and the President of Petróleos de Venezuela (PDVSA) Asdrúbal Chávez.

The text adds that the delegation is in Moscow, the Russian capital, “following the guidelines of President Nicolás Maduro, to present before the Slavic country the advantages and benefits of the Anti-Blockade Law for National Development and for the Guarantees of Human Rights.”

“During her stay in the sister nation, the executive vice president will meet with senior Russian officials to continue deepening the strategic alliances between both countries, within the framework of the Anti-Blockade Law,” adds the press release.

The text highlights that “the Anti-Blockade Law for National Development and Human Rights Guarantees aims to develop new mechanisms that allow institutional, legal and operational conditions to overcome the financial, economic and commercial persecution scheme against the people of Venezuela launched by the United States government. In addition, the legal instrument is a commitment to new alliances in favor of the promotion of a true economy.”

In recent days the law was also presented before a group of more than 100 Chinese businessmen, in order to explore mutually beneficial investment opportunities. Days later a meeting of Chinese businessmen was announced in connection with the strengthening of the Venezuelan electrical system, heavily affected in recent years by US sanctions.