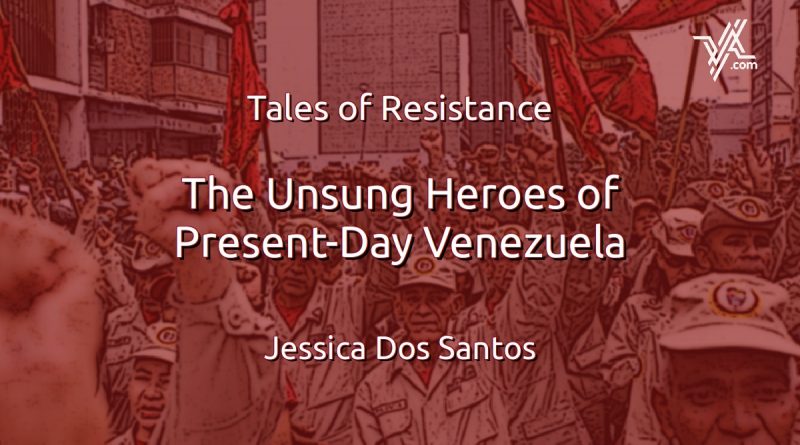 A few days ago, some friends of mine, like lots of other Venezuelans, were making fun of the milicianos [members of the Bolivarian Militia]: “They are the ones who will defend us in a war?” “They’re so old they can barely stand,” “They’re all fat,” “They’re toothless.”

In response, as in previous occasions, I brought up the “Marquetalia Diary,” and its stories about an improvised “commune” or small-scale socialist society, written by Colombian guerrilla leader Jacobo Arenas in 1972.

This book taught me, when I was a teenager, about the role we all have to play in building new social structures: the one who knows and handles medicines properly, the one who knows how to cook and also makes sure (in the case of guerrilla war) that smoke draws no attention, the one who is skilled in cutting people’s hair and completely changing a look.

Therefore, how am I going to belittle those who, despite their age or looks, in conditions as hard as the ones in Venezuela these days, still have the strength to put on a uniform, profess their love for the country, and go out to fulfil an endless amount of small social duties?

For example, the milicianos are the ones responsible for collecting metro tickets (these days), standing for hours and hours, often under a scorching heat, while also being the butt of a lot of jokes in the media, even internationally. In a system where the automatic turnstiles no longer work and every repair is incredibly expensive, this is an important responsibility, as are other ones such as keeping queues orderly, watching over public spaces, etc.

It’s not ideal, but it helps us have some “order” in a day-to-day life that’s been hard hit by the impact of sanctions and the lack of necessary responses.

The same applies to those who shout the slogan: “No matter the hunger and unemployment I hold my ground” (“con hambre y desempleo con este peo me resteo”). One way or another, these are people who have long known all about hardship, but are willing to do everything to defend something they’ve learned to believe in.

As such, there’s an endless number of “heroes” who remain unsung in the media reports about present-day Venezuela. For example, I recently recorded a short documentary in barrio La Vega (Caracas) where every week, from Monday to Friday, a few women cook for more than one hundred people in one of the area’s popular canteens (“comedor popular”).

“It begins at 9 AM, that’s when people start bringing their bowls for us to fill. Sometimes there’s only one chicken and we cut it into tiny bits. Everyone gets a little bit and we can use that chicken several times. Same thing happens with meat, rice. We also improvise, we make arepas [traditional patty, usually made with corn flour] with potatoes, yucca, plantains. Nowadays in Venezuela there’s food, what’s lacking is money, a salary to make ends meet, therefore we need to act collectively,” Alicia, one of the women, told me.

For some, these words will sound “conformist,” but the truth is that this “conformism” is saving this community, and many others, from hunger.

Because, one way or another, the economic crisis and the US blockade have affected people’s access to food and these spaces (popular canteens) have become a way to tend to the most vulnerable sectors of the country. Nevertheless, without the fortitude of the women responsible, none of this would be possible.

I’ll say it again: women. Because in Venezuela 70 percent of the people leading the different social organizations (communal councils, communes, CLAP subsidized food programs) are women. They’re the ones who, with their sweat, sustain these projects from below.

Likewise, in Venezuela there are still a lot of honest civil servants, who not only try to do their job but also struggle so that people don’t fall into the claws of corruption. A few weeks ago, one of them gave me a whole lot of advice so I wouldn’t fall into the hands of a “manager” (gestor) in order to be able to renew my passport.

All of them are part of a healthy group of people who, even beyond their political leanings, are driven by a human essence that overcomes any “temptation.” They all possess an honesty, dignity and dedication to the common welfare that’s missing in many of those who lead or would lead the country. They all know what it means to sacrifice, even if they don’t deserve to go on doing so.

This week, I was reviewing an article by Argentine journalist Luis Bruschtein titled, “The Sacrifice.” One of its paragraphs reads as follows: “Many pontificate about the sacrifice that growth requires, as if they had ever needed to sacrifice themselves. But they ask it of people, citizens, pueblo, workers and unemployed, for whom life has been nothing but sacrifice (…) The middle and upper classes might have suffered, for sure. But in the humblest, most vulnerable sectors, the impact of the crisis is devastating. You see it in the faces, the teeth, the body language. Listening to well-fed politicians demanding “sacrifices” of these people breeds no good will.”

And yes, the same thing has happened here, on both sides.

The truth is that those who sacrifice themselves (but never those who demand these sacrifices), the silent heroes of today, who possess a dignity that those of yesterday did not, should be the only answer whenever someone asks: how is it that the political process in Venezuela remains alive? With them, everything is possible.