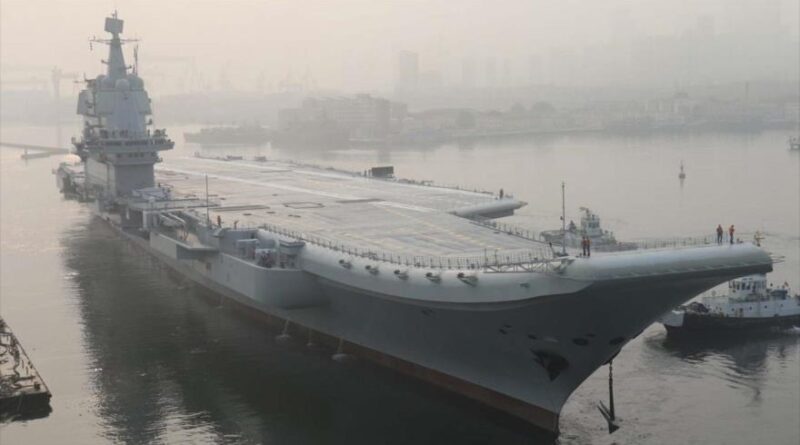 Amid escalating tensions in the area, a Chinese aircraft carrier and its support group passed through the Taiwan Strait. Taiwan responded by sending ships and planes.

As announced by the Taiwanese Ministry of Defense, a naval group of the Chinese Navy, led by the domestically-made aircraft carrier Shandong, has crossed the Taiwan Strait.

Shandong, accompanied by four warships, set sail on Thursday from the port of Dalian, in northern China, and continued its journey south after passing through the Taiwan Strait, said the Ministry in a statement.

Faced with such a situation, stated the Ministry, Taiwan sent six warships and eight aircraft to monitor the situation. “The national armed forces have the confidence and ability to guard the homeland, and ensure national security and safeguard regional peace and stability,” said the Ministry’s statement.

Meanwhile, China’s Defense Ministry did not immediately responded to a request for comment.

Such incidents come amid escalating tensions in the region as the USS Mustin, the US Arleigh Burke-class guided missile destroyer, sailed through the Taiwan Strait on Saturday.

In response the Chinese Army closely followed and monitored the USS Mustin as it sailed through the Taiwan Strait, recalling its firm rejection of the passage of US warships—movements that, according to their statement, undermine peace and stability in the region.

The controversial steps taken by the US and its support for Taiwan—an island considered by China to be an indivisible part of its territory—have further strained the old confrontation between the two sides. Furthermore, ignoring the warnings and rejections of the Chinese government, the White House recently asked the US Congress to approve new sales of advanced weapons to Taipei.

China has consistently denounced Washington’s provocations and its stance towards the current separatist government in Taipei. For this reason, it warns that it is ready to go to war if an attempt to enforce the island’s independence is made.