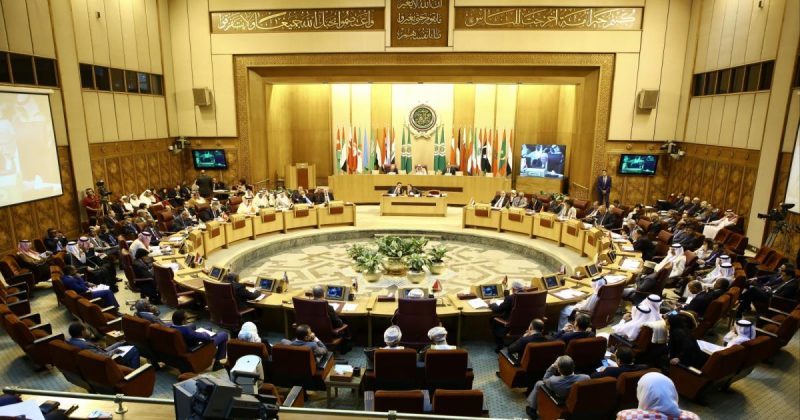 The Arab League has just concluded its thirtieth summit in Tunis, the capital of Tunisia, where leaders of Arab countries gathered for one day of discussions aimed at finding pan-Arab solutions to their many divisive and complicated problems. Was this anything new? Hardly.

The umbrella group of Arab countries, is celebrating its 74th birthday this year, having been founded in Cairo in 1945 by seven countries. Today it’s a regional organisation with 22 members but, membership growth aside, in almost everything else the League remains paralysed. Political rivalries, a lack of coordinated economic policies and democracy, foreign influences and armed conflicts are just some of the dividing issues. The organisation is little more than a debating club for a bunch of mostly autocratic, ageing leaders lacking any democratic credentials.

The League’s outdated charter lacks any incentives and penalties for the membership, making it a mere bureaucratic layer unresponsive to constantly changing conditions across the region. Its more recent summits were dull after firebrand leaders like the late Muammar Gaddafi was deposed with the help of some Arab League members who were supposedly his Arab-Muslim brothers. At least two Arab leaders have been caught on camera sleeping during proceedings in the summit, further alienating the masses who stopped believing in the League many years ago.

Like previous meetings, the Tunis summit concluded with a series of proclamations in a final communiqué which, with few exceptions, have no likelihood of being fulfilled. The lack of political will and too much foreign interference, along with a lack of implementation mechanisms make the Arab League useless. It is not hard to conclude that its decisions are not intended to be implemented, even though this year’s communiqué extended to 106 pages of text; 2018’s get together in Saudi Arabia took up 160 pages, most of which meant very little in practical terms.

Moreover, ever since the so-called Arab Spring in 2011, the Arab League has played an increasingly divisive role despite its own charter calling for solidarity in its approach to solving regional problems. In 2011, for example, it provided moral and legal cover for NATO’s military intervention in Libya, plunging it into lawlessness and chaos without offering any solution. It did the same in Syria by suspending the country’s membership in a legally dubious move; the League’s charter does not specify clearly the circumstances under which a member state losses its membership as long as it meets its obligations of paying fees and participating in the organisation’s activities. What really saved Syria from Libya-style western military intervention, under Arab League cover, was Russia’s veto at the UN Security Council. The Tunis summit did not even discuss Syria’s re-admission.

Some other thorny issues also remain unsolved. Qatar’s Emir Tamim Bin Hamad left the summit in Tunis as soon as the Arab League’s Secretary General, Ahmed Aboul Gheit, thanked the Saudi government for hosting the previous meeting. Since 2017, Saudi Arabia, the UAE, Bahrain and Egypt have been boycotting tiny Qatar after accusing it of supporting terrorism and interfering in their domestic affairs.

Despite having over 700 billion barrels of proven oil reserves and producing over 26 million barrels per day, some Arab League members are among the poorest countries in the world due to the absence of a reasonable sharing mechanism whereby the wealthier states like Saudi Arabia can invest in places like Yemen. Instead, Yemen is on the receiving end of a Saudi-led war and on the brink of famine, while the royal family in Riyadh continue to enjoy a lavish lifestyle. Moreover, rich member states are not even among the top ten donors to the UN Relief and Works Agency for Palestine refugees (UNRWA), which is operating with a financial deficit since the Trump administration in the US cut its donations.

RELATED CONTENT: Roger Waters Urges Madonna Not to ‘Normalize Apartheid’ by Playing at Eurovision in Israel

This year’s Arab League summit made little mention of current events in Sudan and Algeria. It actually appeared to endorse Sudanese President Omar Al-Bashir’s crackdown on protesters calling for him to step down since December. The final communiqué proclaimed that the leaders welcome the Khartoum government’s effort for “peace and development” in Sudan. The unfolding events in Algeria where the president has resigned and the country faces a lot of uncertainty were not even mentioned.

Although the crises in Libya, Iraq, Syria, Yemen and Somalia were discussed, little action is expected. Interestingly, though, the UN Special Envoy to Libya, Ghassan Salame, who was in Tunis during the summit, tweeted that the Arab League, the African Union and the European Union are backing his proposed Libyan National Conference due to convene on 14 April to tackle issues in the country.

The elephant in the corner at the summit was, without doubt, the so-called “deal of the century” for the Palestinians, the peace initiative that the Trump administration has been promoting with little known publicly of its details. If the recent US policy shifts are anything to go by, then the long-awaited deal is likely to be bad news for the Palestinians. Having recognized Israel’s self-declared capital as “undivided” Jerusalem last year, Washington now accepts its sovereignty over the Syrian Golan Heights, which it has occupied since 1967. Neither act of recognition has any legitimacy under international law and UN resolutions, which state clearly that Israel is occupying both the Golan Heights and East Jerusalem. Occupation by military means, no matter how long it lasts, does not convey legitimacy on the occupying state.

This change of US foreign policy should have been countered by the Arab League in a more effective manner. While confirming that member states will seek a UN resolution on the Golan Heights, the Security Council actually met on 27 March, when all 14 members apart from the US, of course, condemned Donald Trump’s announcement. Taking the matter back to the council, where the US has a veto, is of no use. Instead, the League should have taken a different path, perhaps by announcing a boycott of the US, or suspending all political visits to Washington for a year. However symbolic, such a step would have sent a strong message to the Americans.

The Arab leaders could also have backed the Palestinian position, which is to boycott US mediation in the peace process. Furthermore, they could have called upon Egypt, for example, to suspend all contacts with Israel. They didn’t, though, and while they again reaffirmed their support for the Palestinian people, not much is going to change in reality. Gaza is still under Israeli siege while some Arab League members are openly building links with Israel at the obvious expense of the Palestinians and the credibility of the Arab League itself.

The Tunis summit proved that it is business as usual for the organisation: plus ça change, plus c’est la même chose; the more it changes, the more it stays the same.