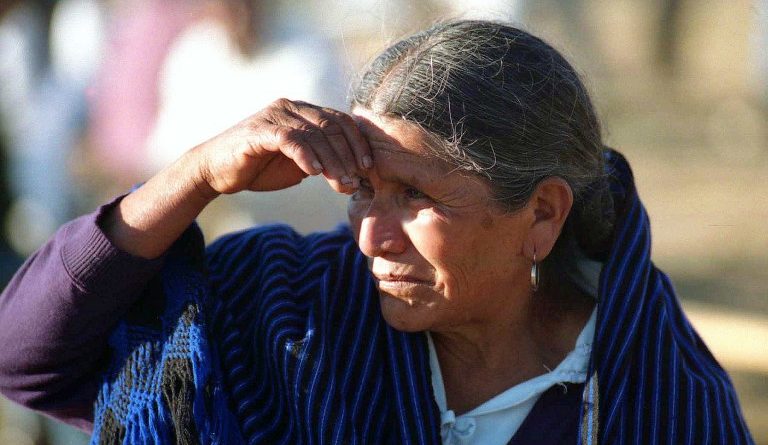 In a world scenario of multiple violences, where all the demons of wars of diverse characteristics have been unleashed, there is a flame burning and expanding its fires: it’s the great rebellion of women that is being expressed in a diversity of feminist movements, of daily demands and of solidarity that is increasingly extended in the face of the awakening of a collective conscience that shows that the 21st century is our century.

The century of liberation, which is the goal behind this awakened volcano that we women are standing up, determined to regain our place in the world, challenging not only gender injustices, which is staged in the increasingly publicly exposed abuses, in the multiple femicides that appear as the responses of the most sordid examples of men (without banally generalizing) who still continue in the caves of patriarchy.

Our magazine appears in the midst of the conflagrations caused by the decline of an empire, whose greatest expression is the application of a state of global terrorism, in the face of the failed attempt to dominate the world, which leads to the most brutal expressions that humanity has experienced in recent years.

We, women in this 21st century, do not want or accept any more terrorism of any kind, nor invasions, nor genocides, nor appropriation of territory, by any means whatsoever, nor coups d’état, nor blockades, nor blackmail or extortion of peoples and governments to surrender countries, nor psychological warfare, nor media terrorism. We do not accept any more wars where the first victims are women, children, and defenseless peoples.

In our memory are engraved the centuries of struggle of women victims of all forms of slavery and domination, which feed our imagination and are behind our steps and our flags of struggle. Women burned at the stake, at all possible fires. These are also centuries of struggle by the peoples of the world against a system that is permanently recreated, with increasingly perverse methodologies, as we are now seeing it without masks, naked and brutal.

RELATED CONTENT: Honduras: Every 21 hours They Kill a Woman, According to the Violence Observatory

This March 8 the world’s squares will be filled like never before, and in our America where popular resistance is advancing and women are one of the most active and creative fronts, as we have seen in Chile, where the people have been in the streets for more than four months, under a repression that in no way has to envy what was done during the past dictatorships.

Also in Bolivia, where they defy a coup d’état with the addition of medieval racism and where, in spite of the terror, the attacks against the culture of survival of the indigenous majority of native peoples, from whom they took their territory but not their cultural memory that has resisted for seven centuries.

In Colombia, where there is a real native army of occupation and where for almost a century the war against the people has been going on forever, the violence and crimes continue, with the State violating the peace agreements, which were so difficult to reach, women and children are also victims of the military from the foreign bases that occupy that country, who rape and kill with impunity because there are agreements that guarantee them immunity.

Latin America is undergoing an imperial counter-insurgency war that takes different forms and characteristics in Ecuador, Brazil, Peru, Guatemala, Honduras, Paraguay, and Central American and Caribbean nations, with governments acting as gravediggers of the dreams of any truly democratic and independent project that would free us forever from the ominous dependency.

We must understand that it is time for a women’s organization that contains all our expressions. The American philosopher, sociologist and feminist theorist, Nancy Fraser, proposes the coordination between women’s organizations in different countries as a beginning “of a base to internationalize feminism, from below”, at a time when the movement is experiencing a renaissance and is an alternative to capitalism in crisis.

Along with other feminists, Fraser speaks of two visions of feminism: one liberal that she sees as “a servant of capitalism,” embodied by a type of woman (she names Hillary Clinton among others) and the other that points “to a just world, whose wealth and natural resources are shared by all, in which equality and freedom are real living conditions, not just aspirations.

Also a professor of philosophy at The New School in New York, Nancy considers that this is a truly extraordinary moment for feminism and politics, all about “the necessary break with the previous current, liberal neo-feminism,” and about the ingredients of the movement’s reconversion: anti-capitalist, anti-racist, environmental, connected to the rights of the working class and immigrants, “which must put an end to the key role of capitalism and all forms of subordination.”

A feminism that, from her point of view, is trying to draw a new path, recognizing that the established political models will not help us, that they have already reached a limit and they have led to a terrible deterioration in our living conditions. “It’s about overcoming elite corporate feminism to one that speaks for the overwhelming majority of women.”

A feminism that takes up the concerns of the poor, the working class, racialized women, trans, lesbians, sex workers, housewives, women with precarious jobs. “We are talking about much broader social groups with many more concerns than those of neo-liberal feminism,” says Fraser.

In a fascinating article that also opens the debate and encourages reflection and action, Fraser talks about the possibilities that feminism can achieve its objectives in times when inequalities are deepened by the erosion from wars such as the one that the United States is waging against Our America, with coups d’état in some cases and in others trying to force surrender by way of hunger and paralysis the of peoples, in the countries that resist.

We are seeing this with the illegal measures that violate all international laws, human rights and the rights of peoples, in the imperial war against Venezuela, Cuba, Nicaragua, and any country that defies their mandates of unconditional surrender, in order to transform us into mere 21st-century colonies.

Fraser reminds us that “those forces of finance capitalism that destroy women’s lives, that promote violence, climate change or impoverish us with austerity are not really manageable at the national level. They have to be ultimately addressed at the transnational and even global level.

Therefore, in order to confront the great inequalities produced by neoliberalism and the current form of financialized capitalism, a process of learning through the experience of the new feminist struggles is necessary “so that what seems to be separated on the surface is perceived as really connected through the capitalist and patriarchal social system in which we live and, therefore, becomes an object of political dispute.”

For this reason and the plurality of voices in our magazine, we are demanding that the feminism of these times must be infinitely creative, surprisingly effective in its achievements, in addition to extending a definite cultural battle since colonialism as the final objective of the empire in times of anger, tries to immerse us in another lost century.

We, women united in full awareness of our rights, are the greatest hope of the peoples of the world, and even more so in the context of such a profoundly aggressive crisis.

This 99 percent feminism is the answer to that crisis, its aim is to clearly identify who the enemy is – and it is this form of capitalism – and it is the most ambitious movement, committed to re-imagining a new society that will be built on completely new foundations.

The word “reimagine” is the need for greater creativity in the face of the mediocrity of the new signs of power. We are the only ones whose action and whose united voices can stop wars, horror and build peace and also recover memory, history and the beauty of our language.